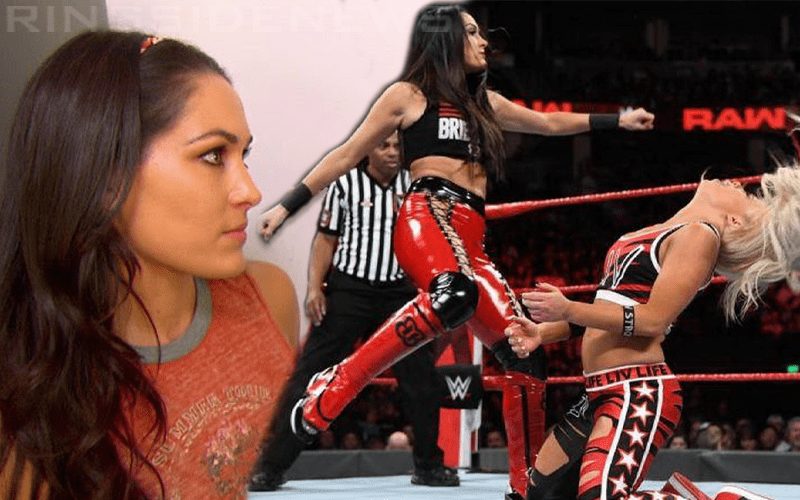 Brie Bella accidentally kicked Liv Morgan in the head a couple of times with some Yes Kicks. Later on, she checked on Morgan, but the conversation was a bit interesting.

During Total Bellas this week, the episode focused on Liv Morgan’s concussion due to a Brie Bella botch. Johnny Ace told Brie that she needed to talk to Morgan which she did.

After meeting with Liv Morgan, Brie Bella had one thing to say to her sister Nikki.

Liv Morgan eventually healed up, but it was a very scary situation for a bit. Brie said it was hard to concentrate on the match after Morgan went down because she wanted to keep checking on her. Hopefully, this kind of thing doesn’t happen again if Brie Bella ever makes an in-ring return.