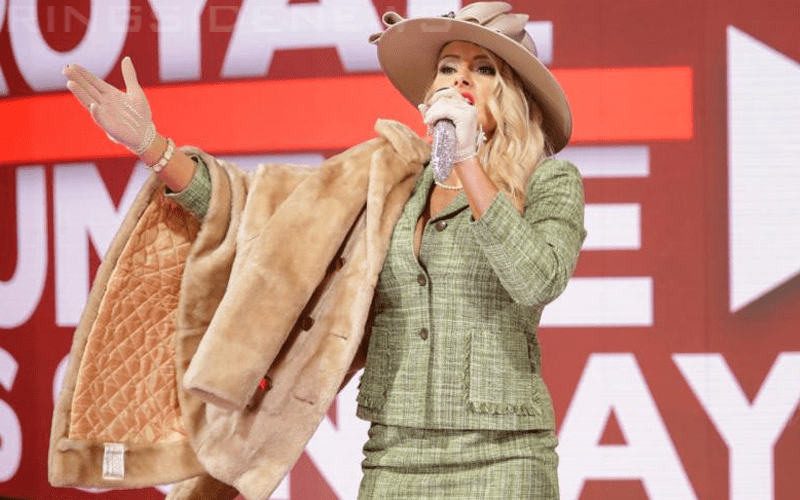 WWE Elimination Chamber featured plenty of noteworthy events, but Lacey Evans’ entrance out of nowhere with no follow-up segment left some fans wondering what was going on.

The newly called-up former NXT Superstar has not made much of an impression in the ring yet. However, she has been given the chance to show a little of her personality on the microphone. It looks like the WWE Universe will get much more of an opportunity to learn what Evans is all about soon.

“So Lacey Evans is getting a super big push, that’s what that’s all about,” Dave Meltzer noted on Wrestling Observer Radio. It was said that Evans simply walking out during the Elimination Chamber event was to expose her a little bit because they didn’t have a match lined up for her.

If you think that is impressive, check out the big fish Lacey Evans recently reeled in.

Evans was the #1 entry in the Women’s Royal Rumble match and Chase Field got to enjoy her entire entrance. After that, she lasted pretty far into the Royal Rumble for a rookie performance. Vince McMahon must have big things planned for her so we will just have to wait and see how much of a push is in store for the classy lady.