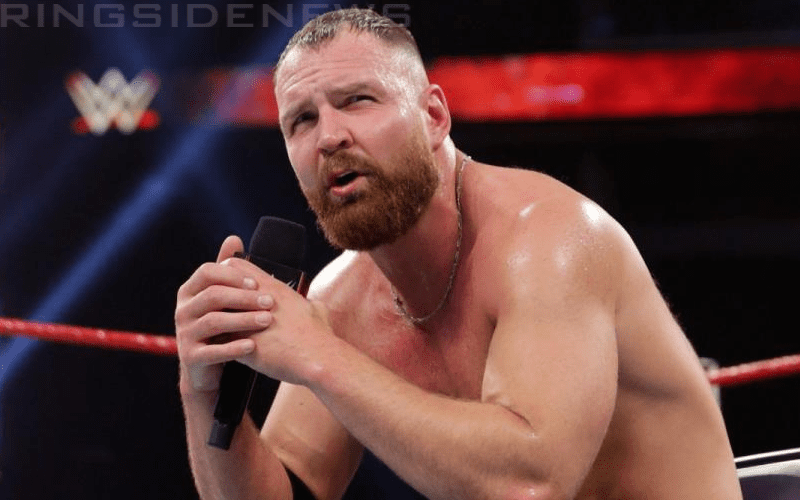 Dean Ambrose was offered a great deal that would see him staying with WWE past WrestleMania, but he reportedly rejected it. Now the rumor is he might not be leaving at all.

Ambrose didn’t appear during Elimination Chamber, but he did pick his win back up from EC3 last week on RAW. Joe Peisich said on Barnburner’s No Holds Barred podcast that he has been hearing that Ambrose’s WWE exit might all be a work.

“Now I have heard this past week that Dean Ambrose — you know they said that he’s going to leave the WWE and all that. I heard this may have been a work.”

Brad Shepard reported that WWE is going to take one more swing at re-signing Dean Ambrose. If The Lunatic Fringe does actually re-sign with WWE then they might not tell fans only to have it as a big surprise later on. After all, the company already admitted that he is leaving.

You never know what is happening in WWE sometimes, especially with All Elite Wrestling opening their doors and providing plenty of new possibilities in the pro wrestling landscape. One thing is for sure, WWE doesn’t want to lose any Superstars.