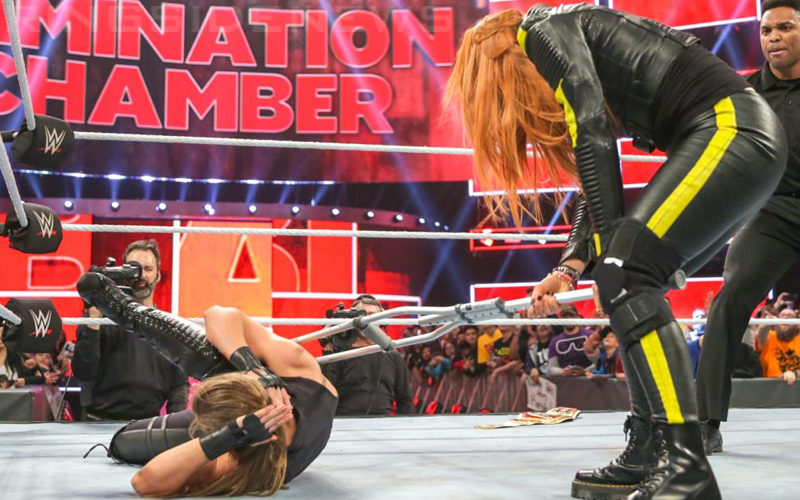 Becky Lynch showed up at the Elimination Chamber even though she was not invited at all. In spite of being suspended, they let her in the ring where she went ballistic on Charlotte Flair and Ronda Rousey leaving Rousey with a bloody head in the process.

We previously noted how Lynch whacked Rousey with a crutch. Two shots noticeably made contact with Ronda’s skull and one of them was bad enough to split her open as well.

By the end of the segment, Rousey’s hair was matted down with blood, but she was able to check out okay backstage. It was noted on Wrestling Observer Radio that Ronda Rousey was evaluated for a concussion backstage, but she is fine.

This was a close call because plenty of fans were kind of worried when Becky Lynch started destroying Rousey and made direct contact with her head. After all, the last thing WWE needs is for Ronda Rousey to suffer an injury to take her out of WrestleMania after all of the hype for this match.