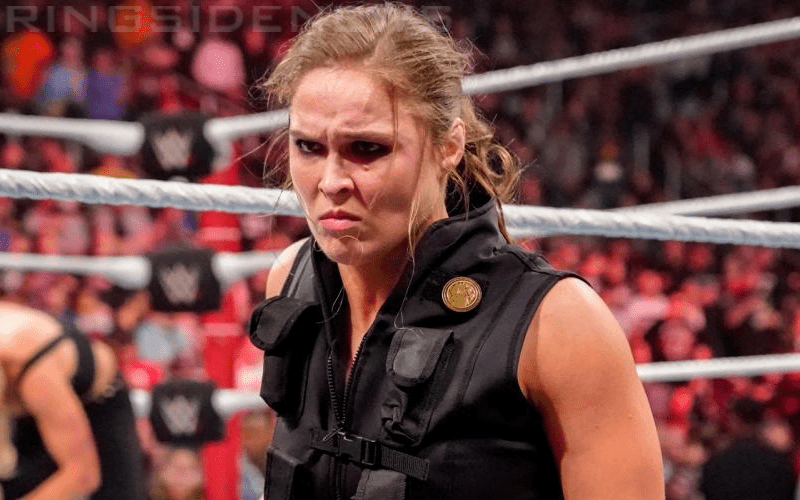 During the Elimination Chamber PPV last night, Ronda Rousey defended her RAW Women’s Championship against Ruby Riott of The Riott Squad. While the match was quick and nothing to write home about, the match resulted in Rousey achieving a new statistic in WWE.

With her defeat of Riott, Rousey is now 15-0 in singles competition in WWE. She has taken one loss during her tag team match against Bayley & Sasha Banks when Natalya tapped out a few weeks back on RAW- but remains undefeated in one-on-one matches.

As it stands, Rousey is set to take on SmackDown Live Superstar Charlotte Flair for the RAW Women’s Championship at WrestleMania 35. This match will almost certainly include Becky Lynch- as Lynch had won the Royal Rumble back in January. It is expected Lynch walks out with the Championship.

Rousey’s potential defeat at WrestleMania would also not end her undefeated streak for one-on-one matches- as Rousey would likely be taking on both Flair and Lynch. This could, indeed, be a storyline WWE uses with Rousey post-WrestleMania.

What are your thoughts on Rousey’s streak? Do you think that will continue post-Mania? Let us know your thoughts, opinions, and reactions in those comments below.