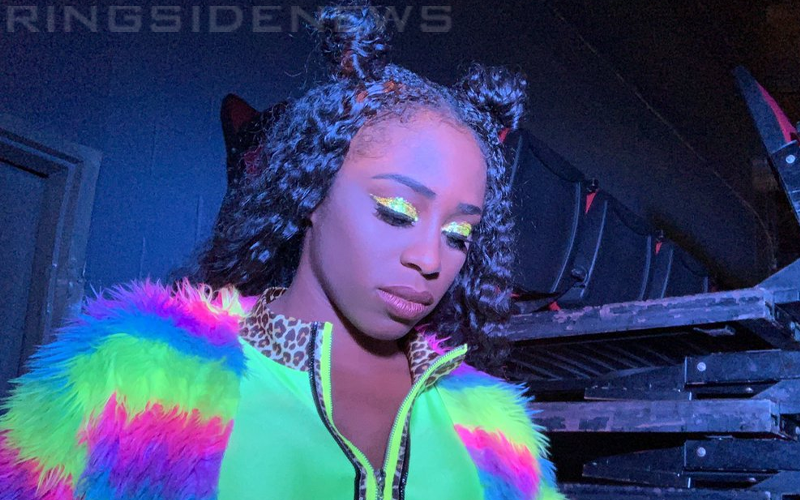 Naomi had a very busy week. News broke that her husband Jimmy Uso was arrested in Detroit after squaring up with a police officer. Then at Elimination Chamber, The Usos captured their sixth WWE Tag Team Championships. Naomi was not as lucky in her match.

Naomi and Carmella were eliminated first in their match that could have seen them winning the WWE Women’s Tag Team Titles. After it was all said and done, Naomi sent out a message about being a part of a history-making moment and not focusing on the stress.

You never know if The Fabulous Glow could get another shot at the WWE Women’s Tag Team Titles soon. After all, those titles are said to be floating between brands. In the meantime, Naomi seems to be pushing out the stress so she can focus on much more productive things.