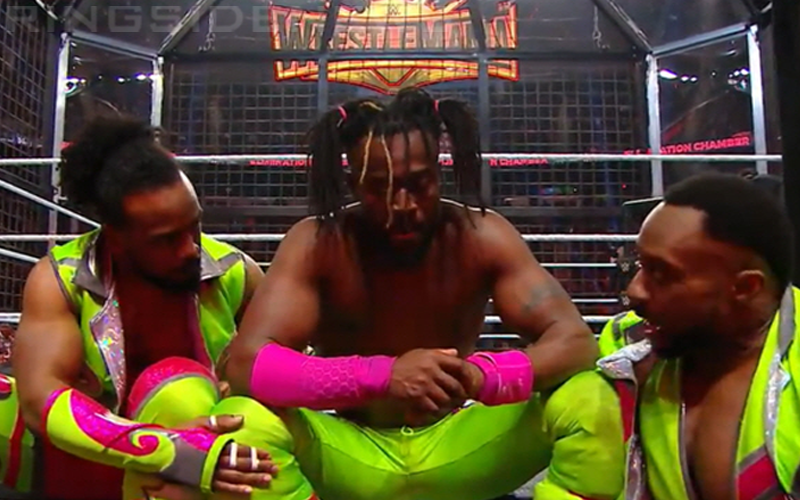 Fans were left impressed with Kofi Kingston’s performance in the Elimination Chamber. WWE kept their cameras rolling after Daniel Bryan made his exit to ensure that Kofi Kingston received a spotlight at the end of the broadcast as well. This was surely intentional as it showed a possible direction for Kingston. As the New Day member spoke to WWE’s camera after the event, he had a lot on his mind to drive him throughout the match.

Kofi Kingston said that he wanted to excel for Mustafa Ali. Kingston praised Ali for stepping it up and he knows that if Mustafa hadn’t suffered a concussion that he would have killed it in the Elimination Chamber.

The New Day member continued saying that as a WWE Superstar you must always be prepared to go to war. Kofi said it felt like he went to war in the Elimination Chamber.

The Houston crowd was on fire and Kingston said it was the most electricity that he has ever experienced. It is also the first time that he encountered the issue on social media of not being able to go back and read all of his notifications. Because it only lets you go back so far.

Kingston said he received thousands of messages from people who are behind him and want to see his success. He said the fans provided the fuel he needed for the fire to fill his internal gas tank to keep him going.

“One step closer, it ain’t over,” Kingston said.

In the end, Kofi Kingston’s high-risk offense was his downfall as he missed a risky splash from the top of a pod in the Elimination Chamber. Kofi is hungry having “a little taste of the main course and I want more… I want more.”

Only time will tell if a big push is in store for Kofi Kingston. The WWE Universe certainly seemed ready to chant his name in a thunderous ovation. WWE Elimination Chamber might have only been the beginning of a much bigger chapter in Kofi Kingston’s career.

After Xavier Woods and Big E ran to the ring to help Kofi Kingston to his feet following the match, the three sat at the steps of the Elimination Chamber. It was hard not to notice the large WrestleMania sign hanging over Kingston’s head as the trio sat soaking in the Houston crowd’s appreciation of what Kofi just did for the WWE Universe.