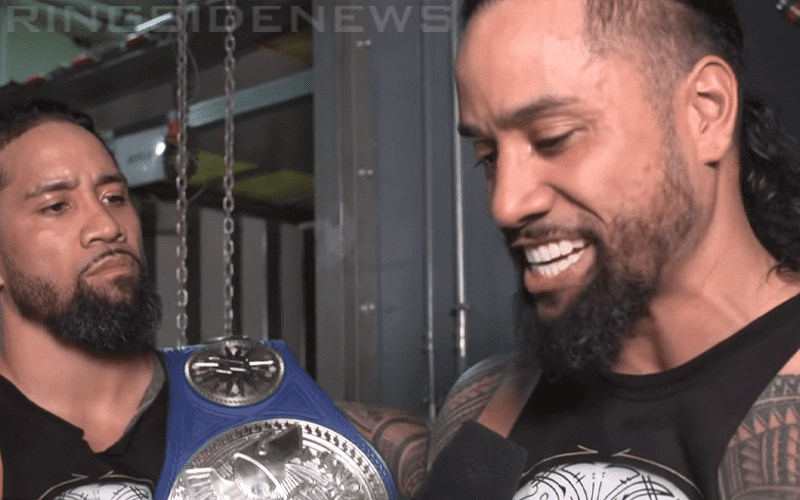 The Usos started their sixth reign as Tag Team Champions in WWE at the Elimination Chamber. Following their victory, Jimmy Uso got pretty emotional.

Jimmy Uso was recently arrested when he squared up with a cop looking for a fight. This story ended up on mainstream news outlets. After winning the SmackDown Tag Team Titles, Jimmy Uso got real as he vented about his recent achievement.

“You go out there day in and day out and you grind and you bust your ass. As soon as you slip one time you got the world against you, you know?”

“It’s hard to go out like that with the mindset thinking everyone out there’s against you. Until you go out there and you show them what you’re really made of. “

With The Usos’ WWE contracts ended in April, this new title reign seems to show WWE’s confidence in Rikishi’s twin sons. Hopefully, they will be able to roll through WrestleMania with those titles and continue performing at a high level, no matter where their path takes them next.