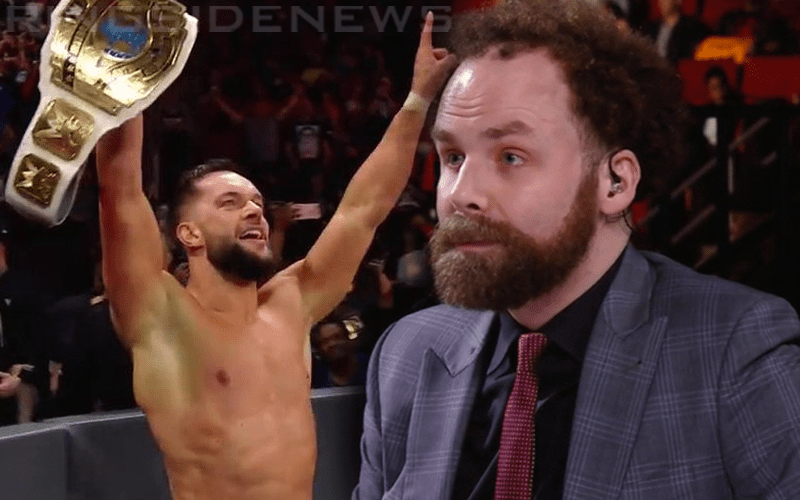 Sam Roberts really enjoys his time on WWE kickoff shows. He previously insulted Bianca Belair before NXT TakeOver: Phoenix and last night he said that Finn Balor is incapable of winning without the assistance of The Demon. Following Finn Balor’s Elimination Chamber victory as himself, he had a message for Roberts.

While still catching his breath and holding his new IC Title, Balor came up with a reply to Sam Robert’s doubts that he could get the job done in a handicap match against Bobby Lashley and Lio Rush.

“Unlike Sam Roberts, I like to do my talking in the ring. I know Sam Roberts has a face for radio, so maybe he should stay on it.”

It doesn’t sound like Sam Roberts is making too many friends around the WWE locker room.