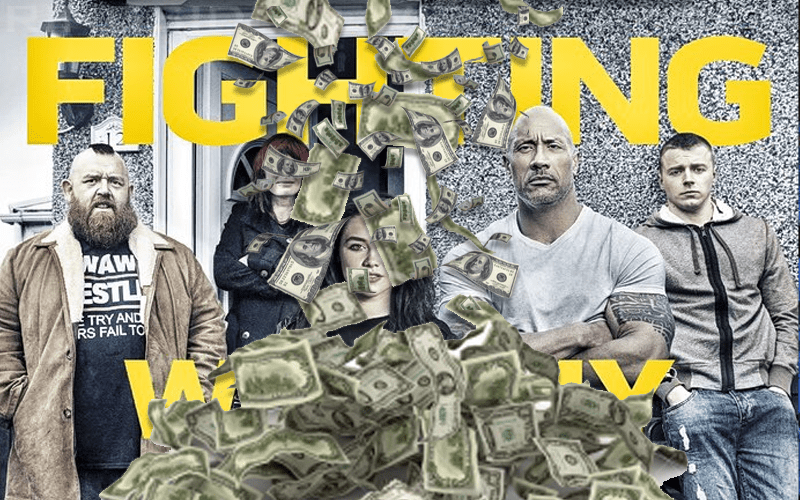 The Rock’s name has been attached to some very big movies. His name alone almost ensures a blockbuster at this point. Fighting With My Family looks to be no exception.

The Wrap reports that Fighting With My Family opened on four screens this weekend, two in Los Angeles and two in New York City. Combined they brought in $131,625 which amounts to $32,906 per screen. However, it is expected to be brought up to approximately $163,000 in total or $40,750 per screen.

Even if you are doing the math and rounding down to $33,000 per screen it could be substantial. There are 5,463 movie theaters in America according to the National Association of Theater Owners (NATO) in 2014. Even if you round down to just 5,000 theater sites (not including drive-ins) at $33,000 per screen showing the film it amounts to a $165,000,000 domestic box office gross.

Not all screens are going to do the same amount of $33,000 per screen, but Fighting With My Family only cost around $11 million to make. Therefore, Seven Bucks Productions and WWE Studios might have a huge winner on their hands.

The early reviews for the movie have also been incredible earning them a Rotten Tomatoes rating that puts them up with some esteemed company. Only time will tell how much Fighting With My Family will earn when it is all said and done. Because the next phase is digital and other broadcasting agreements after the initial theatrical run concludes. They are certainly off to a great start.