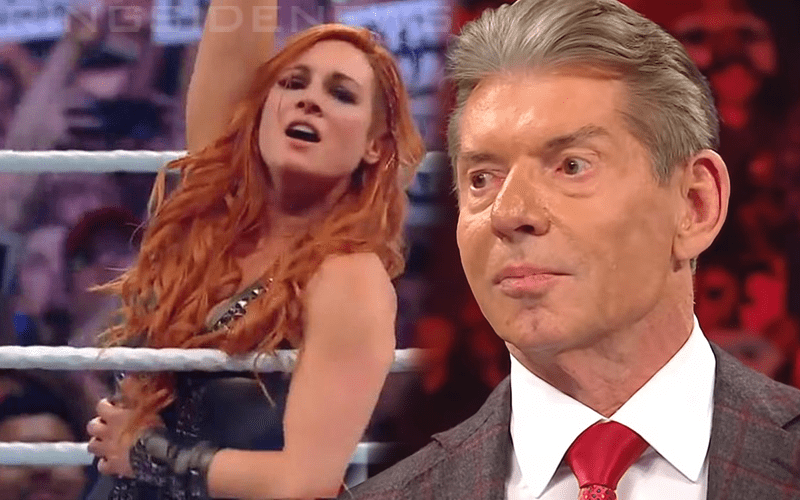 Becky Lynch’s time in Phoenix consisted of two parts. She lost to Asuka in the first match of the night, but she later went on to win the 2019 Women’s Royal Rumble match. This was at Vince McMahon’s insistence.

Lynch is currently suspended, but she will very likely find her way back in the WrestleMania main event anyway. Dave Meltzer discussed this creative decision on Wrestling Observer Radio where he revealed why Vince McMahon made the decision to have The Man win the Royal Rumble match. Not only that, but The Man is obviously the “chosen one” in WWE now.

“[Vince McMahon] completely did [change his mind]. He changes his mind every week!”

Becky Lynch is very likely to have a great 2019. She is “99% likely” to win the RAW Women’s Title to close out the show of shows. This was all according to Vince McMahon’s plan. We just get to see how he puts everything together.