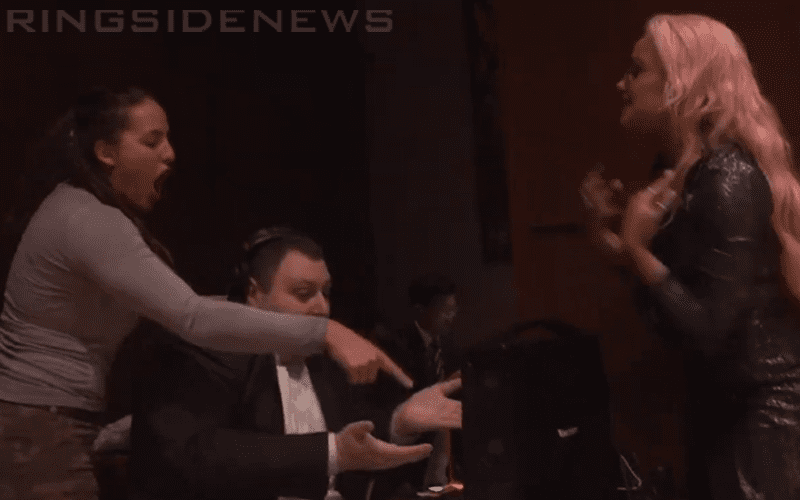 The Riott Squad’s Liv Morgan and Sarah Logan will be competing in the Elimination Chamber match to determine WWE’s new Women’s Tag Team Champions. They are very confident about their chances and won’t allow anyone to discuss it being a close decision at all.

During WWE Now’s live Elimination Chamber kickoff show, Mike Rome and Cathy Kelley were discussing the WWE Women’s Tag Team Title match. They said it could go any way and this is when The Riott Sqaud made their presence known.

Ruby Riott, Morgan, and Logan invaded the set and were very pushy about covering the stable in gold by the time the night is finished. Ruby Riott has a RAW Women’s Title match against Ronda Rousey after all.

They stormed off-set and forced the production to insert their faces as the hosts’ pick as the winners. It looks like they are ready to make some history in Houston.

By the time all was said and done, the Riott Squad destroyed the WWE Now set as the show quickly went off the air.