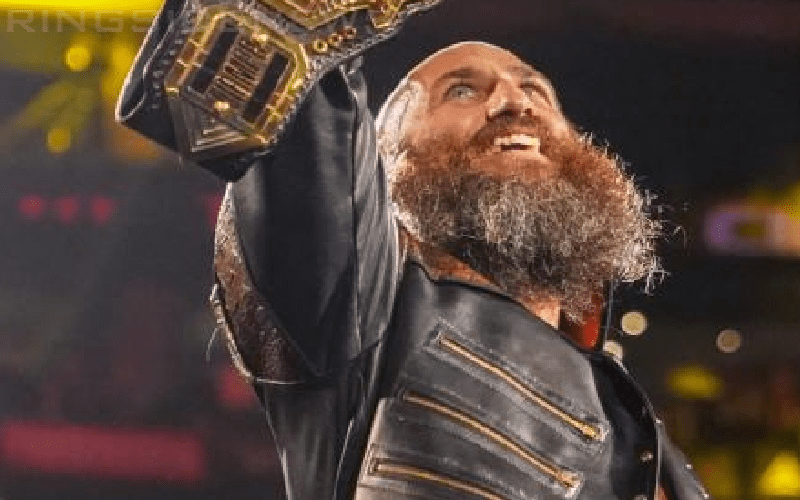 WWE has released several Superstars who eventually found their way back to the company. Tommaso Ciampa is no exception to that rule. He spent time in WWE over a decade ago, but after being let go that didn’t stop him at all.

The NXT Champion recently sent out an inspirational tweet where he opened up about how WWE Hall Of Famer Harley Race was there for him to help Ciampa find himself.

“In 2008 after being released from WWE I packed up and moved to Harley’s to “find myself”.

Harley believed in me when I didn’t believe in myself.

The King turned a lost boy into The Greatest Sports Entertainer of All Time.

Feels good to be returning a decade later as The Champ.”

Everyone needs someone to be there for them sometimes. In Tommaso Ciampa’s case he had Harley Race. The King helped out the Sicilian Psychopath more than we would have guessed. Thankfully, those wise words sunk in to help mold Ciampa into the champion he is today.