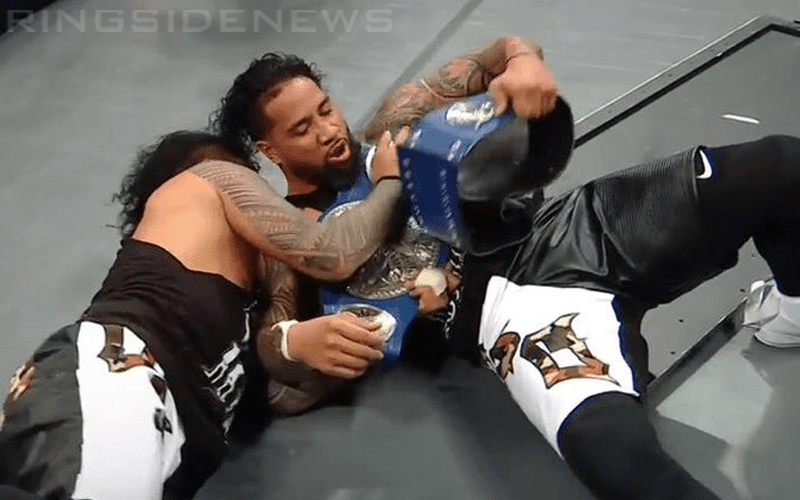 Elimination Chamber 2019 consisted of six title matches. The show opened up with The Boss n Hug Connection becoming the new WWE Women’s Tag Team Champions and it was a very emotional moment. Then another set of tag team titles switched hands next.

If you would like entire Elimination Chamber results you can get those here.

The Miz started things out by bringing out his lovely wife Maryse. Then they had a very big announcement to make because baby #2 is on the way.

This exciting announcement didn’t seem to change the ending of this match. For that matter, neither did Jimmy Uso’s recent arrest.

After taking a Skull Crushing Finale, Jimmy Uso rolled The Miz up and won the match. Now The Usos are the new SmackDown Tag Team Champions.

This comes on the heels of so much controversy, but that didn’t seem to change anything. Because Jimmy and Jey’s contracts are up in April and WWE wants to keep them very happy.