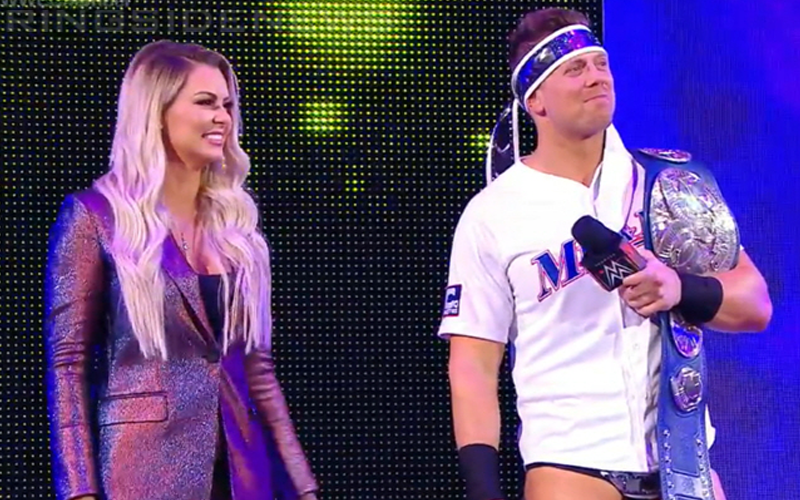 The Miz and Maryse have their own reality television show and things are going to get very interesting during the second season of Miz & Mrs.

Before The Miz’s SmackDown Tag Team Title match at Elimination Chamber, he brought out Maryse and the Houston crowd was very excited to see her.

The Miz said that he always promised that if he had a big announcement then he would tell the WWE Universe first.

This is when Maryse announced: “We’re having another baby!” Fans started chanting, “You still got it,” to The Miz which he confirmed.

It looks like Monroe Sky is going to be a big sister. Congrats to the It Couple.