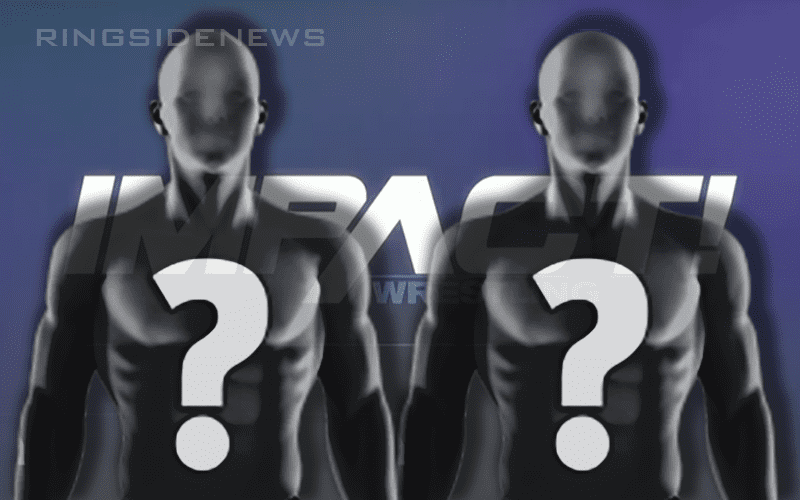 Impact Wrestling held their second night of tapings in Las Vegas last night. We have compiled a list of results below- though if you’re interested in the results of the first night of tapings, you can view that here.

*Trey def. Daga in what appears to have been a dark match.

*Rich Swann def. Ethan Page. oVe hit the ring after, with Sami Callihan cutting a promo on Swann. They tease Swann joining again, throwing him a shirt. He teases joining, putting on the shirt. He ends up attacking them as their backs are turned and escapes, ripping the shirt off.

*Alisha Edwards teases leaving Impact with an in-ring promo. The Desi Hit Squad are out to talk down to her. As Edwards slaps Gama Singh, Eddie Edwards comes out with a kendo stick to fight off the squad. He is soon overwhelmed. Eli Drake comes down to the ring and teases helping the squad, but instead fights them off. He and Edwards share a glance.

*Scarlett Bordeaux is interviewed by Josh Matthews. Glenn Gilbertti (Disco Inferno) is on commentary. Gilbertti criticizes Bordeaux- telling her to get in the kitchen and claiming women’s wrestling hasn’t been good since the days of bra and panties matches. Bordeaux says the next time she sees him, she’ll make him her b–ch.

*Glenn Gilbertti cut a negative promo on Impact. He called it a “clown show.” He subsequently defeated Kikutaro in a match.

*#1 Contendership: Jordynne Grace def. Tessa Blanchard. Blanchard throws a fit after the match, attacking staff at ringside. Gail Kim came out to fight Blanchard, who made her way back up the entrance to escape.

*The main event does not get started. Johnny Impact’s music hits, but he does not come out. Eventually Killer Kross is out, carrying Impact and a cinder block. Kross fights off some wrestlers before Taya Valkyrie and Brian Cage are out to try and stop Kross. Valkyrie eventually slaps Kross and Cage takes him out. Valkyrie thanks Cage and then surprises the audience by hitting him with a low blow. Impact with the kip up, revealing this was a set up and turning heel. Kross laughs as Impact takes out Cage and uses the cinder block and a chair to leave Cage motionless to end the show.

With all that said, be sure to let us know down in those comments below what your thoughts, opinions, and reactions are to the tapings and the heel turn by Impact.