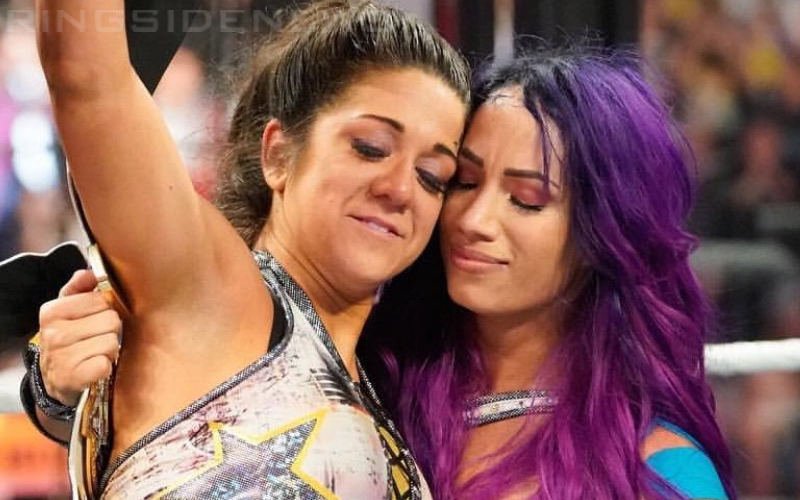 Sasha Banks and Bayley are finally WWE Women’s Tag Team Champions, but it took a long journey to get there. The Boss n Hug Connection came close to losing their chance several times due to injury and they even nearly lost in the Elimination Chamber match as well.

After their historic win, Banks and Bayley were more than excited as they spoke to Cathy Kelley. Through tears, Sasha Banks said it feels as though the two have fought since they started with WWE.

Sasha Banks said that history is happening right in front of their eyes and “it’s just so crazy that we get to be a part of it.” This Women’s Tag Team Title match took The Boss n Hug Connection to their limit, but now they are proud champions.

The titles could likely begin floating from brand to brand which could provide a very fresh ingredient to keep things exciting in the women’s division throughout WWE.