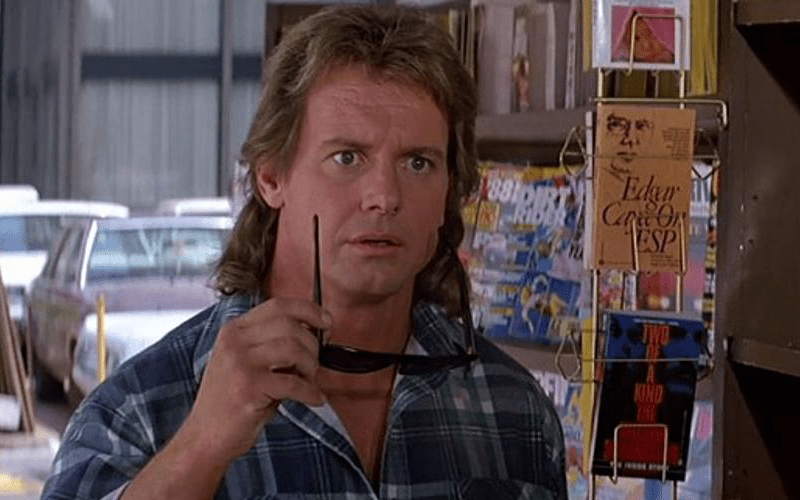 WWE Hall of Famer “Rowdy” Roddy Piper may no longer be among us, but his spirit lives on in the hearts of wrestling fans all over the world. During his life, Piper became an icon in pop culture for his work inside the squared circle- but also because of his achievements outside it.

Piper starred as John Nada in a film by called “They Live” during his life. The movie was released in November 1988 and topped the American box office in its debut. The film was a hit- grossing over $13 million in the box office after having a $3 million budget.

Directed by John Carpenter- the film was based on the 1963 short story “Eight O’Clock in the Morning” by Ray Nelson. Piper’s character was a homeless man who uncovered a plot by aliens to force humans to breed, spend money and listen to subliminal messages in the mass media.

During the International Toy Fair in New York City, a company by the name of Super 7 (who produced the WWE M.U.S.C.L.E toys) revealed that they would be producing the first-ever action figures based on “They Live.”

The figures will be part of the “Reaction” line. These specific figures are being made to resemble figures released in the late 1970s in similar fashion to the Kenner Star Wars line of figures.

You can find the prototypes for the figure of Piper below:

Will you be purchasing the figure? Did you ever watch “They Live,” and if so, did you like the film? Let us know your thoughts, opinions, and reactions in those comments below.