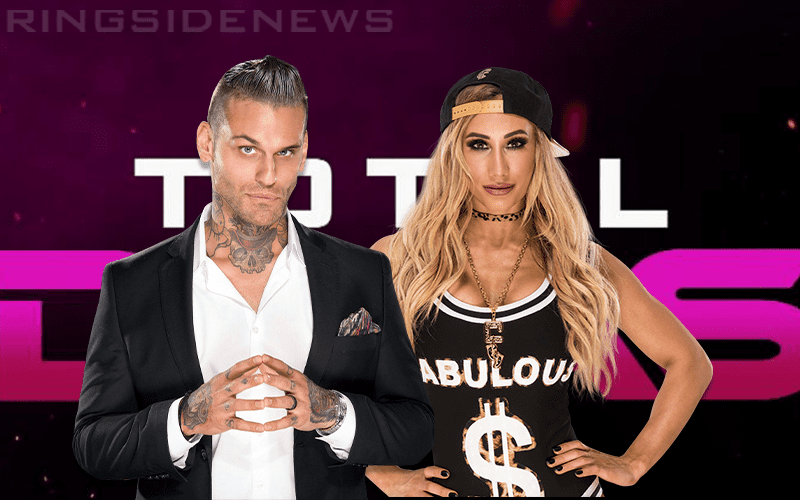 Corey Graves’ wife is not a happy person right now. According to a message released by her things aren’t over yet. It appears that Graves and Carmella’s relationship could become a focal point on Total Divas.

Graves’ wife released a screenshot on Instagram from a text conversation between Corey Graves and an unknown person. In this message, Graves revealed that “Amy [his wife] is simply realizing that her ego f*cked up her life, and she can’t crawl back anymore.”

It doesn’t sound like things were okay between the two of them. A later message really shook things up when Graves revealed that his wife is going to be especially upset when she discovers that Total Divas has already hit him up to appear on the show. After all, Carmella is ironically returning to the show next season.

“I’ve been looking for a reason to stay offline… what’s really gonna f*ck her up is when she finds out that Total Divas just hit me up.”

So if you think that WWE is going to punish their lead heel commentator on both main shows you are mistaken. If anything, it looks like Corey Graves is going to appear on even more WWE programming.