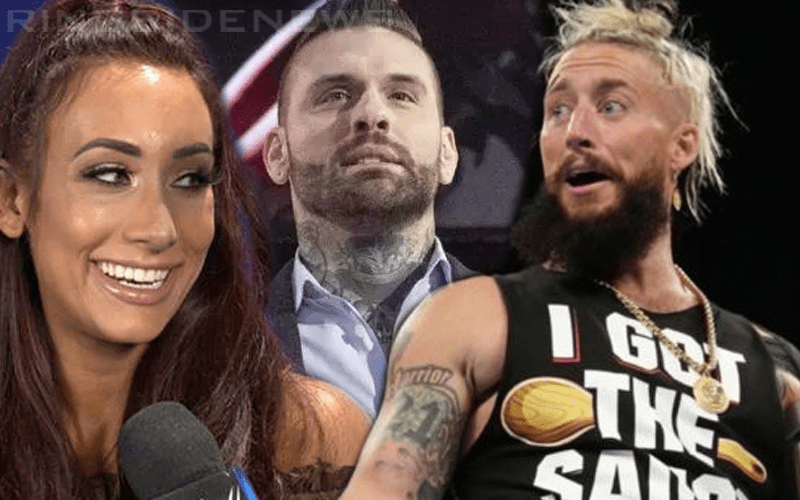 Enzo Amore got to know Carmella pretty well during their time in NXT. Of course, Carmella got to know Big Cass even better as the two dated for quite some time. They couldn’t make it work and split up during Big Cass’ recovery from his knee injury, but now Carmella’s love life is making headlines once again.

Corey Graves’ wife released a scathing statement accusing Graves and Carmella of having an affair. His wife since deleted that remark and a video of Carmella that followed. However, Enzo Amore did not delete his response to the situation.

Amore later released a screenshot of his Twitter timeline in an Instagram message. Along with a “skull and crossbones” emoji, Amore featured a 2017 tweet from Graves talking about Real1 along with Amore’s reaction to discovering about the affair.

Strangely enough, Amore tweeted just two hours prior to th news breaking about Graves and Mella with a statement saying: “Never stop being a good person because of bad people.”

There are plenty of differing opinions about this situation. It will be very interesting to see if Graves changes his mind about being a heel during Carmella and R-Truth’s dance breaks next time around.