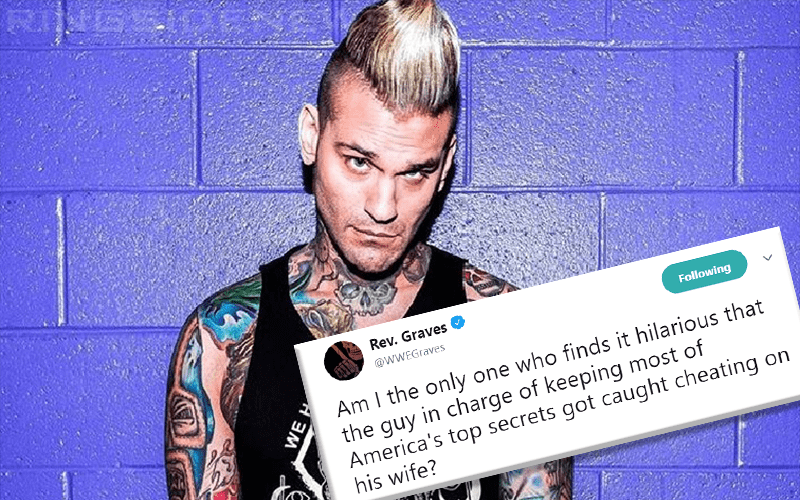 Corey Graves and Carmella’s relationship is now very much in the public eye. Graves seems to be doing fine though and Total Divas has already hit him up. However, some fans went digging and found a rather interesting message that The World Champion Of Love sent out in 2012.

In 2012, then-Director of the CIA General David Petraeus had to resign because an extramarital affair came to light. Graves’ comment on this event was very timely, but it could be even more relevant now.

“Am I the only one who finds it hilarious that the guy in charge of keeping most of America’s top secrets got caught cheating on his wife?”

Plenty of fans have commented about how ironic that statement is now. Hopefully, Carmella is taking this ordeal as best she can too. There are plenty of differing opinions on the situation and some fans are pretty irate at both parties involved.