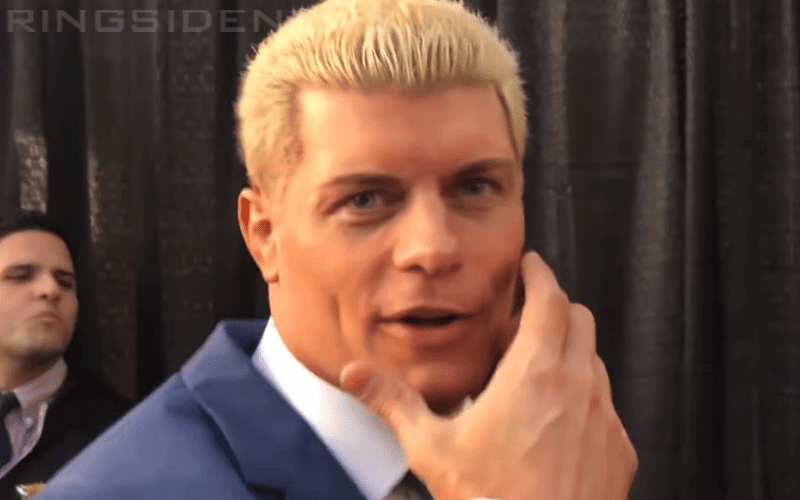 Cody Rhodes has an office job with AEW and he is also a performer. Since All Elite Wrestling’s next show isn’t until May 25th, Cody has plenty of time to heal up after his recent knee surgery. He seems to be doing much better already.

Along with a picture of his dog Pharaoh, Rhodes provided fans with an update to let them know how his progress is going two days following surgery.

“2 days out from the scope. . Swelling still pretty prominent but going down.”

It doesn’t look all that bad right now. There are just two small holes in Cody’s knee where the doctors had to go in and do their thing. 2019 is a pretty crazy time to live with all of the medical advancements. Thankfully, this injury won’t keep Cody out of action nearly as long as the same problem would years ago.