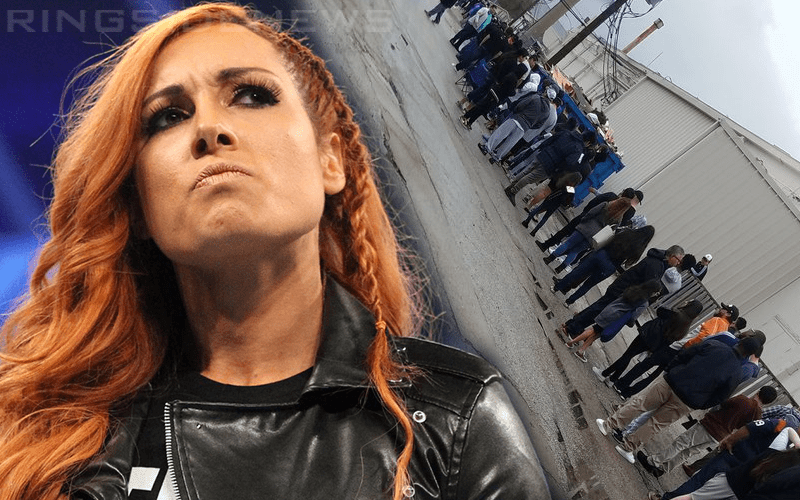 Becky Lynch is one of the top draws in WWE and if you need proof of that then all you have to do is show up at one of her appearances. Because fans in Houston couldn’t wait to see The Man.

Before an appearance today, fans lined up around the building as they waited to meet Becky Lynch. This is a pretty impressive show of support, to say the least.

Lynch commented about how the McMahon Family is ruining everything she built. It didn’t seem to change the minds of these fans because they still turned out in droves.

At this time, Becky Lynch is not booked for a match at Elimination Chamber. It would be pretty hard to imagine that WWE will keep her off of the event entirely, especially since Charlotte Flair will be at ringside for Ronda Rousey’s match against Ruby Riott and Flair also assaulted Lynch in a big way at last night’s WWE live event.