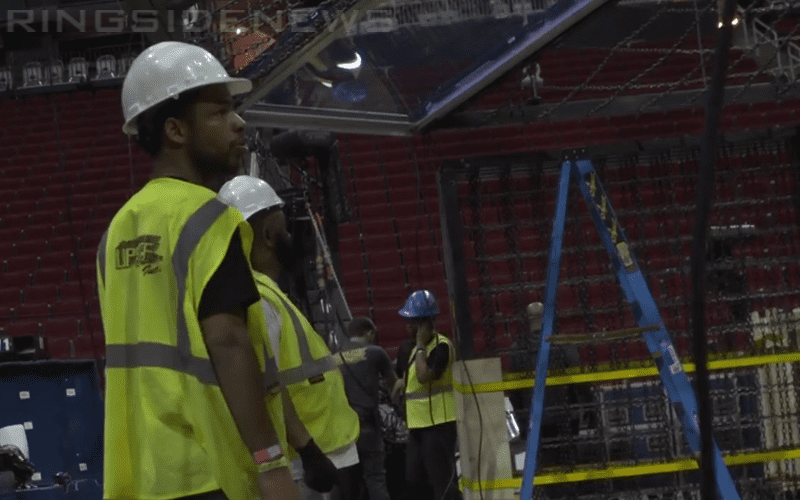 WWE is holding their Elimination Chamber event this year in Houston and the company gave fans a first-hand view of the chamber’s construction a live stream from the Toyota Center.

It seems the Elimination Chamber is just as unforgiving to WWE’s employees as it is their Superstars. Everything seemed to be going fine, and then it sounds like something happened that wasn’t according to plan.

As the crew worked away making sure the Elimination Chamber was put together correctly, fans heard something happen off camera. There was a loud crash and someone screamed what sounded like the F Word. This was followed by a female calling in what sounded like a cry for help and a commotion followed. Suddenly, the audio seemed to mute.

The loud noise and subsequent commotion place at about thirty-three minutes into the live stream. You can also watch the footage below where we were able to isolate the incident on Ringside News’ Instagram page.