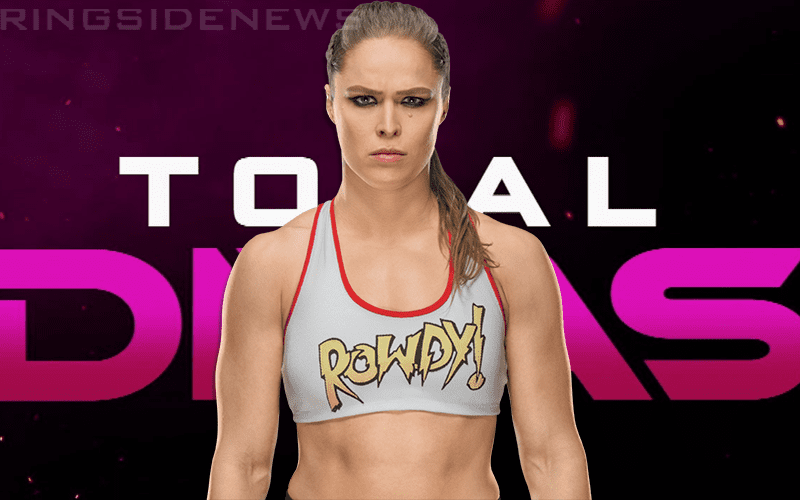 Ronda Rousey is reportedly joining the Total Divas cast next season. A camera crew for the E! Network reality show was at the Acres farm and she seems to be an official cast member. This hasn’t sat well with Lana seeing how she lost her spot on the show.

Rousey hasn’t commented directly about this announcement, but it seems to be the case. Total Divas hasn’t received the best ratings in the last couple of seasons and fewer people are watching the show. Therefore, they needed a heavy hitter to draw interest.

Ronda Rousey appearing on Total Divas is a bit of a shock because Rousey hasn’t been a fan of reality television in the past. Her time on the Ultimate Fighter wasn’t too auspicious and she likes her privacy.

We have been asked if signing Rousey on with Total Divas is a way to keep her WWE contract ticking down if she takes a hiatus from the company. After all, WWE could very well freeze her contract if she does take time off after WrestleMania. However, just as in the case of Daniel Bryan when he appeared on the show during his retirement, the E! Network reality show requires a different contract from the normal WWE performer’s deal. So it is different and not necessarily connected.

Total Divas is losing The Bella Twins to Total Bellas. The show is also dropping Paige. Therefore, Total Divas needed a name like Rousey’s. It is really that simple.