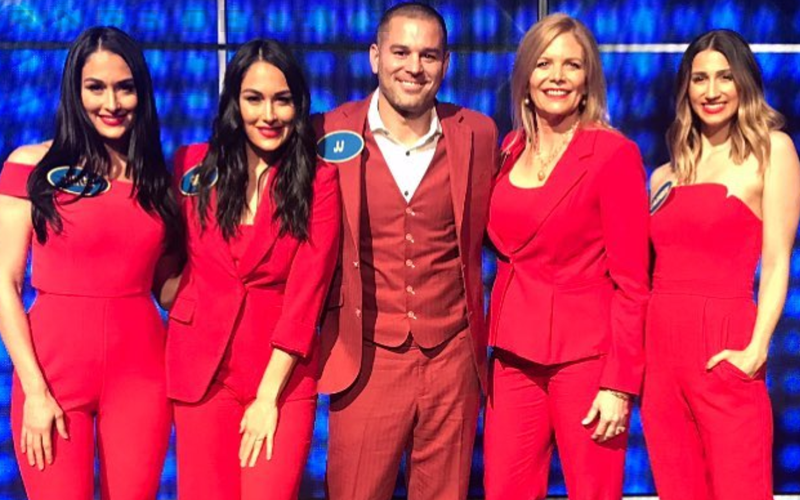 The Total Bellas cast is getting out there in a big way to draw attention to their show. With dwindling ratings, it is important to keep the brand alive. This is why the cast of the WWE reality television show appeared on Family Feud yesterday.

We’re not 100% sure if Daniel Bryan joined them in any way. However, he wasn’t on their official team. The Total Bellas cast participated in an episode of Family Feud against some of the UFC’s top names.

We will just have to wait and see how the Bellas did against the UFC team when the episode airs.