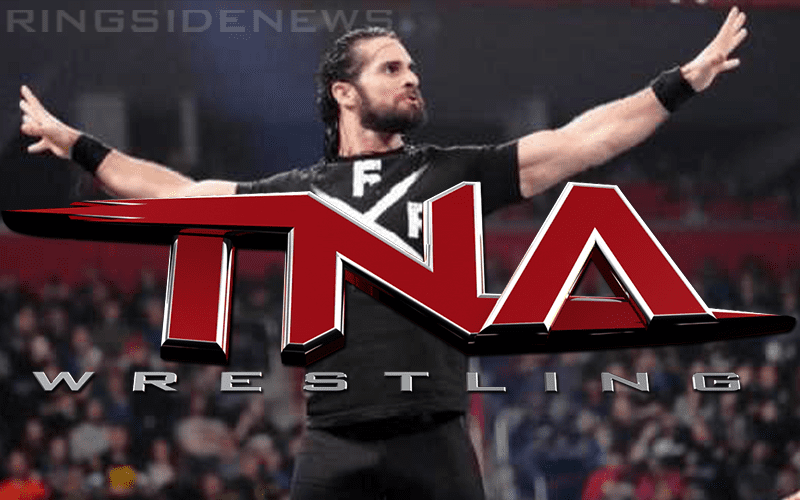 Seth Rollins’ journey through WWE has been well-documented. It almost never happened for Rollins though because he came very close to signing a deal with TNA instead.

Rollins revealed on E&C’s Pod Of Awesomeness that if it weren’t for Jim Cornette intervening he would have become “the face of TNA” according to Dixie Carter’s plan.

“Terry (Taylor) calls me and offered me a three-year deal to come to TNA for substantially more money and far  dates than what I was having to do in ROH and a much easier style. I was like, ‘Oh, this sounds fantastic.’ Dixie Carter is calling me and is like, ‘You know Tyler, we want to have you, we’re looking to revamp the whole division and the whole company and we want to make you the face of TNA.'”

“I’m like, ‘This might be okay. I have friends there and they are on TV.’ I get this contract from TNA and I basically agree to it verbally on the phone with Terry Taylor.”

“They fax over the contract. Before I sign it, I call ROH and let them know what I’m interested in doing with TNA. ROH is being booked by Jim Cornette. He lost his mind when I told him I was going to sign with TNA. He was so irate. ‘Nobody gets over in TNA, they get under.’ He hated it. I sent him the contract to look over.”

“I called Johnny Ace one last time, he doesn’t answer. I leave him a voicemail saying, ‘I got this contract from TNA. If I don’t hear from you, I’m going there.’ Ten minutes later, he calls me back. He makes up all these excuses and is like, ‘I’ll call you tomorrow around lunchtime.’ Cornette gets the contract back to me and changed some things in it,”

It didn’t take long before Johnny Ace called Rollins back and offered him an opportunity to become a WWE Superstar. Of course, this decision worked out very well for Rollins.

Jim Cornette has also discussed Rollins’ encounter with TNA and how he ended up convincing The Architect to take another path. Therefore, we can all thank Jim Cornette in some pretty big ways for Seth Rollins’ WWE career.