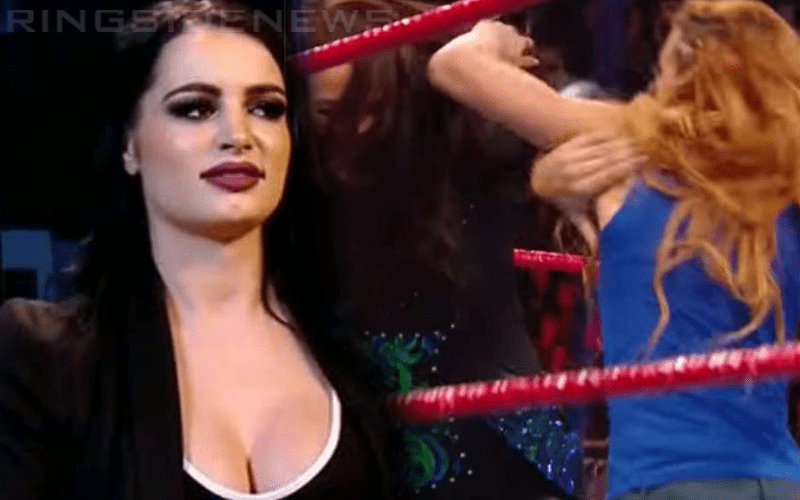 Nia Jax seems to really like the heat that is almost always on her from the fans. However, things were much different when she injured Becky Lynch less than a week before The Man’s match against Ronda Rousey at Survivor Series.

While speaking to the Los Angeles Times, Paige revealed how she was there for Nia Jax during the very unfortunate period after Nia Jax injured Becky Lynch. It is only fair because Jax was there for Paige during some pretty low moments as well.

“I had to calm Nia down from that because she was like, ‘I feel like everyone is mad!’ And I said, ‘You know what? This elevated Becky so much too. And you’re about to turn heel anyways — so who cares?”

“Who cares if the internet’s mad at you? They’re always going to be mad at you! There’s a quote I love: You can be the ripest, juiciest peach, but not everyone’s always going to like peaches. It’s just one of those things.”

Some fans might not have gotten over Nia Jax injuring Becky Lynch, but it kind of worked out for the best. The image of Becky Lynch standing with her blood-covered face is now an iconic image and cemented her as The Man. It wasn’t that great of a deal when it first happened though. So it is a good thing Jax had Paige around.

Even the best of friends can have their rocky moments.