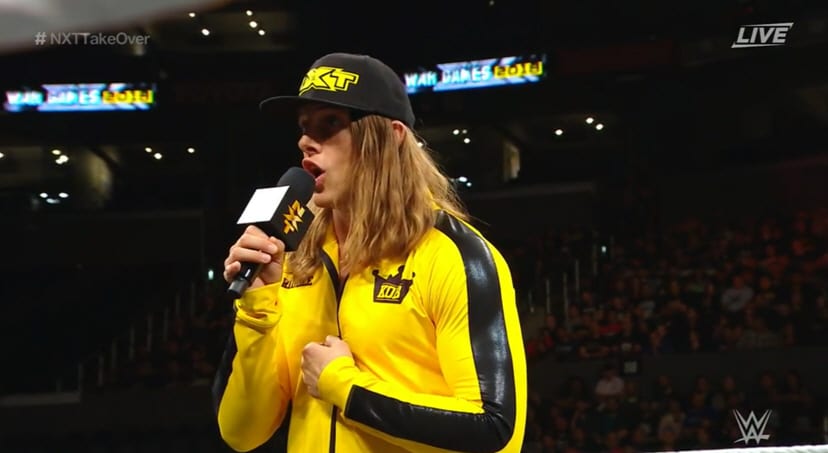 NXT Superstar Matt Riddle was recently approached by TMZ Sports at the airport, where the Superstar was asked a plethora of questions about the NXT product and the relationship between the yellow brand and it’s main roster counterparts.

One of the most prominent questions Riddle was asked why he believes NXT continues to do so well in comparison to RAW or SmackDown Live, which attracts much criticism on a weekly basis.

Riddle explained to the reporter that NXT has a different environment to the main roster. What the competitors do on the brand is fresh and feels more believable in contrast with the over-scripted and watered-down nature of main roster programming.

He had the following comments to say:

“Yeah. I think we’re just different. I know that’s the easy answer- but I’d say like, we’re different, we’re new, we’re fresh and we’re not the same kind of watered-down child’s product that WWE is kinda turned into a lot. So…if you go watch us, even though it’s scripted a lot of the time, it’s more real. It’s more believable.”

In order to rectify this, Riddle thinks one way would be to have WWE bring in a lot of talent from NXT to continue shifting attitudes on the main roster to change the landscape.

“I would say we’d have to bring in some of the talent- and not like just a couple then and there. You’d have to bring enough in so we could make the other roster members change.”

Do you agree with what Riddle had to say? Feel free to let us know your thoughts, opinions, and reactions in those comments below.