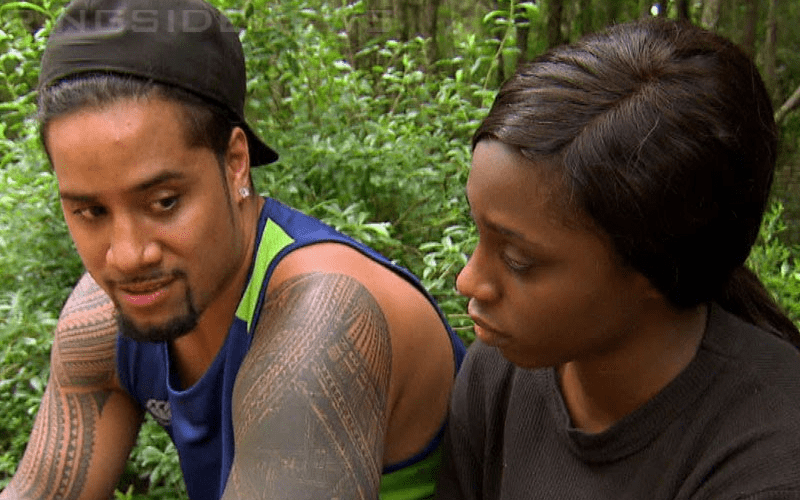 Jimmy Uso was recently arrested in Detroit after he threatened to fight a police officer. This blew up the internet and made plenty of people speculate what actually happened in that situation.

Naomi was driving the car and she was not arrested according to the report, however, Jimmy was and he later posted bail. The Usos have a SmackDown Tag Team Championship match set for Elimination Chamber against McMiz and this is very troubling timing for Jimmy and Jey.

To make matters even more complicated, Fox News reports that Jimmy Uso and Naomi are trying to get fired by WWE. One could only assume that AEW would be their desired destination.

“Uso and his wife want to get fired by the WWE, so this arrest just might be the shoe that drops.”

It was also reported by Fox News that All Elite Wrestling has a lot to do with this decision.

“According to the source, a new wrestling entity called All Elite Wrestling has drawn much interest from a number of wrestlers currently under contract with the WWE.”

WWE is very worried about losing The Usos. Their contracts are up at the end of April as is Dean Ambrose’s and The Lunatic Fringe has already made his intentions clear that he is leaving the company.

Only time will tell what happens in this on-going situation. Naomi is still set to star in the next season of Total Divas. As of this writing The Usos’ Elimination Chamber match for the SmackDown Tag Team Titles is still on.