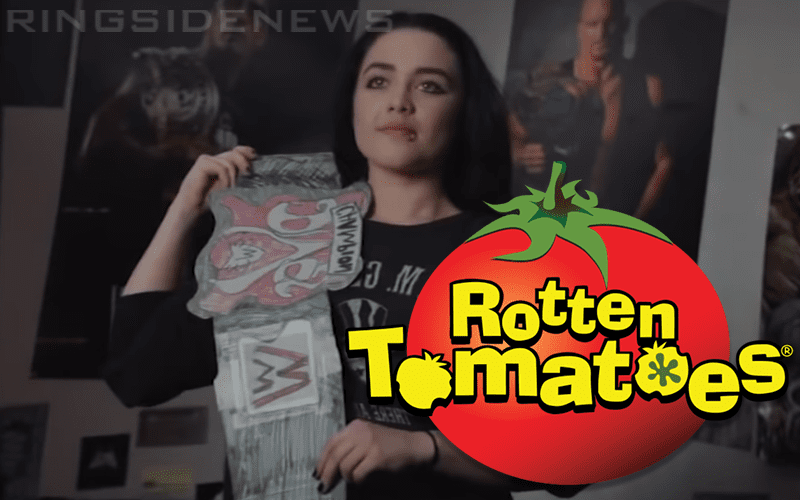 Fighting With My Family tells the story of Paige’s journey to WWE and her highly entertaining family as well. The Rock worked hard to make this project become a reality and it looks like everything paid off.

As Paige watched video of her WWE main roster debut, she reacted to the emotional moment by revealing how long this film has been in the works.

It turns out that critics are loving Fighting With My Family too. The new joint production from Seven Bucks Productions and WWE Studios is currently sitting with a 92% rating on Rotten Tomatoes. This review is calculated with an average review of 7.3 out of 10 with 52 reviews counted so far.

To put it into perspective, the Academy film Forrest Gump only has a 72% rating with 92 reviews. We’re not saying that Fighting With My Family and Forrest Gump the same, but this is proof of how hard it is to attain such a high percentage based on Rotten Tomatoes’ rating system.