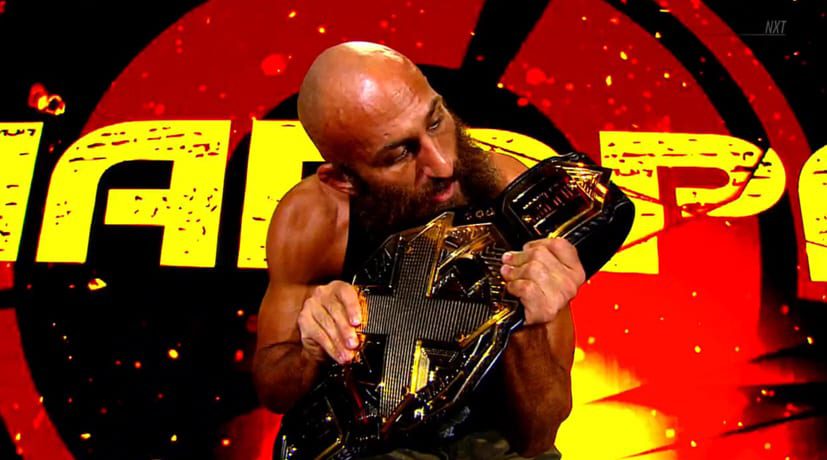 Tommaso Ciampa is the NXT Champion and he loves Goldy very much. In fact, while most of the WWE Universe was celebrating Valentine’s Day, Ciampa had other plans to spend some quality time with his title.

Ciampa sent out a message to fans letting them know what he was up to yesterday. Apparently, he had a “no social media” agreement. Therefore, he simply spent the day appreciating Goldy.

“In order to address the overwhelming amount of inquiries:

Goldy and I had a “no social media” agreement on Valentines Day.

So while all of you were busy taking selfies, Goldy and I lived in the moment and expressed our appreciation for one another.

Tommaso Ciampa has become very close to the NXT Title since winning it on July 18, 2018. You never know if he will get to celebrate a one-year anniversary with his title, but Ciampa certainly understands the idea of appreciating something while it is here.