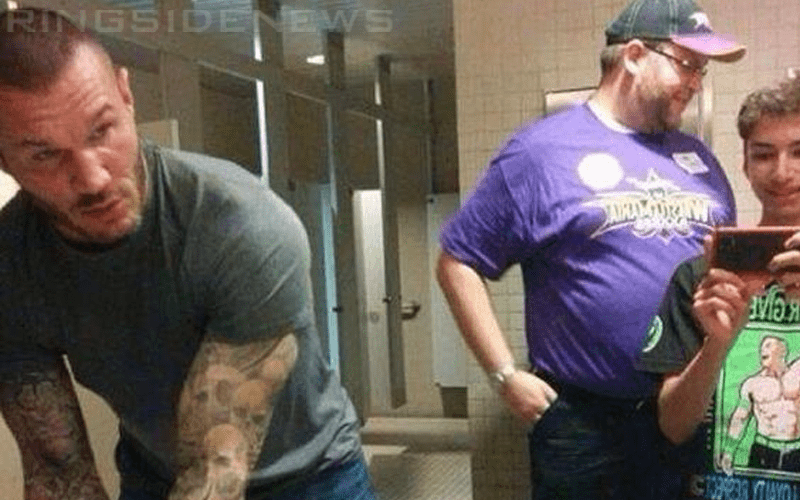 Randy Orton is a top WWE Superstar, but The Viper needs his private time. It’s no real shock that Orton experiences some overzealous fans. However, some people take it over the top.

Orton is doing a public appearance and he decided to promote it by sending a little message out to anyone who approached him during an inappropriate time.

“This Saturday 2/16 in Dallas, Texas I’ll be at the Dallas Autorama from 1-3. Instead of airports, restrooms you can get your photo with me here!”

If you want to meet Randy Orton, then your best bet is to buy a ticket. It might seem like a good idea for some people to go ahead and snap a picture of Orton in a restroom or when he’s out to dinner, but in reality, that is never a good time.