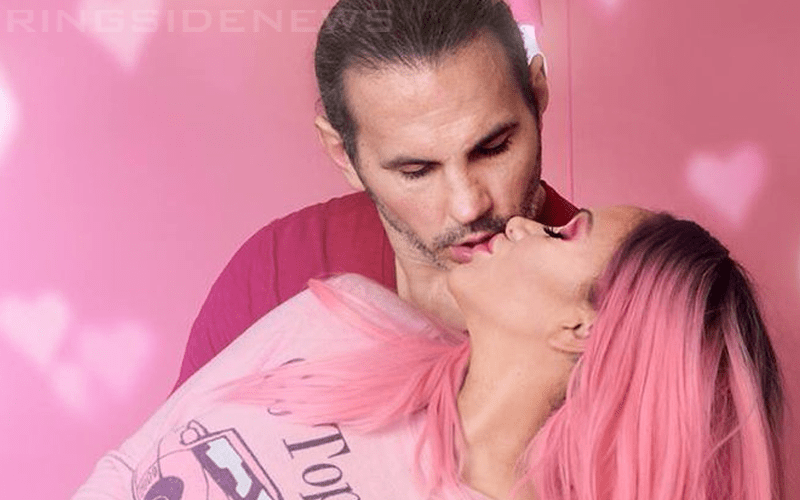 Valentine’s Day is over for 2019 and if you missed out then you have another year to prepare. In the meantime, Reby Hardy sent out a picture of her and husband Matt Hardy that might be interesting to take a look at.

Reby is known for being outspoken, but a picture speaks a 1,000 words. In this case you can probably get way more than 1,000 words out of his photo.

Along with the caption of “Happy Valentine’s Day,” Reby Hardy posted a picture of her and Matt. This picture was a little adult-themed to say the least.

As you can see from the post sent out by Matt Hardy below, King Maxel and Wolfgang were around for this photo shoot as well. Let’s just hope they got the kids out of the room before snapping the picture that Reby ended up so proudly sharing.