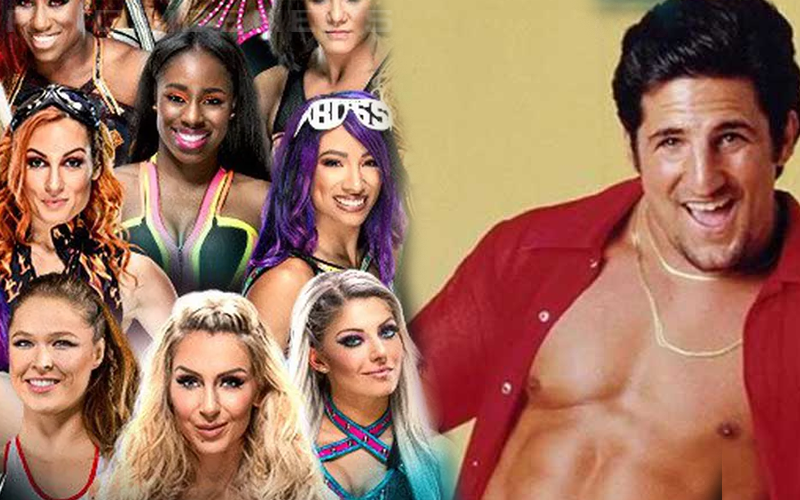 The pro wrestling landscape is seeing a lot of exciting changes. One of the biggest deals all around is the rise of women’s pro wrestling. However, not everyone is a fan.

During a recent Impact Wrestling media call, Disco Inferno was asked about how he views women’s wrestling. He doesn’t like it and he went on to defend his point of view on the matter.

“I’m not saying that there’s not a lot of talented women’s wrestlers. But the formula has shown in the past that regardless of your in-ring work, the more attractive you how over you are.”

“I am a fan of the women’s wrestlers that can combine good looks with good work. If there’s a girl out there whose work isn’t as good but she’s hotter and has sex appeal, I’m a fan of that.”

“You’re not gonna find a lot of people in this business that have a lot of negative things to say about me,” said Inferno. “Maybe they’ll say bad stuff about things I’ve said, but not me on a personal level.”

“When I say this stuff, I’m speaking from a standpoint of a person who’s been in the business for 26 years, been on booking committees and been an agent. So, I’m talking from an educated opinion. The criticism I give on my podcast and like what I’m saying now are the same things I would say to these people. I’m not telling people stuff that I wouldn’t say to their faces.”

“In this PC culture, people want to pigeon-hole you as being sexist. Not really…is it sexist to not be a fan of the WNBA and be a fan of the NBA? That’s just a personal preference.”

“We’re not allowed to be critical of the work of women because we come across as sexist. But if you’re a professional wrestler, male or female, and you’re doing something I don’t like or I think is good…I’m gonna tell you how I feel. You can either it or not, but that’s how I feel.”

Not everyone is going to have the same opinion on things. Disco Inferno is not ashamed at all to speak his mind about women’s wrestling. This is just how he feels and it doesn’t seem like his mind is going to change any time soon on the matter.