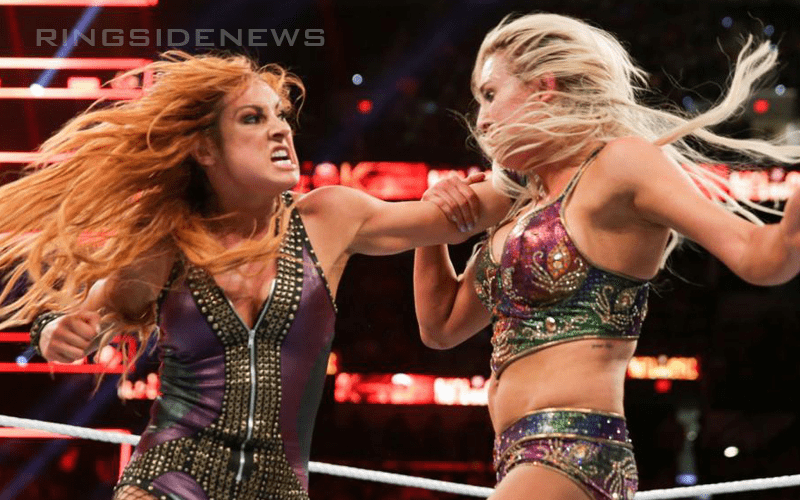 Becky Lynch is currently “suspended” from WWE and she was pulled from her scheduled WrestleMania main event match against Ronda Rousey because of it. This makes some fans very angry, but there are still a few people who are certain Lynch will find a way back into that match — Charlotte Flair is not one of those people.

Charlotte Flair responded to WWE Hall Of Famer Jim Ross saying that Becky Lynch will be in the WrestleMania main event match. Then Flair threw a shot at Lynch’s cheekbones for some reason.

“She’s suspended. If she wants to watch Rousey/Flair, Becky (and her cheekbones) can buy a ticket like everybody else.”

The Man spoke up and she had something to say. While she is suspended it seems to be even more personal for Becky Lynch.

“Some of us have them, some of us buy them.”

We are not 100% aware of everything Charlotte Flair has done when it comes to cosmetic surgery. She did have to miss a few months last year so she could have a busted breast implant repaired. Lynch seems to be really spilling some tea with this jab.