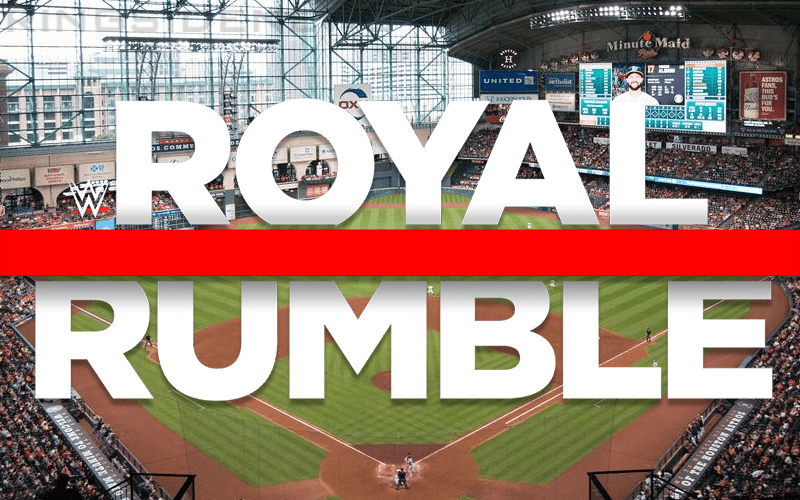 The Royal Rumble event was just last month, but now we know where next year’s pay-per-view will call its home.

The Houston Chronicle reports that Houston will play host to the 2020 Royal Rumble event. Of course, Houston will also house the Elimination Chamber event this Sunday in the Toyota Center.

The 2020 Royal Rumble will be coming to a much larger venue than the Toyota Center, but that venue could very well house NXT TakeOver and Raw.

Houston’s Minute Maid Park will play host to the big event in January next year. That stadium holds an official capacity of 41,168 people, but you have to know WWE plans on topping that.

It looks like WWE is liking the trend of taking up space in baseball stadiums during the off-season as The Minute Maid Park is home to the Houston Astros when baseball is in play.

This will be the second year in a row that WWE will hold the Royal Rumble event in a baseball stadium. The 2019 Royal Rumble was held in Phoenix Arizona’s Chase Field which is home to the Arizona Diamondbacks.

We will let you know about any further information in this on-going story. It looks like Houston fans have a great reason to be happy right about now.