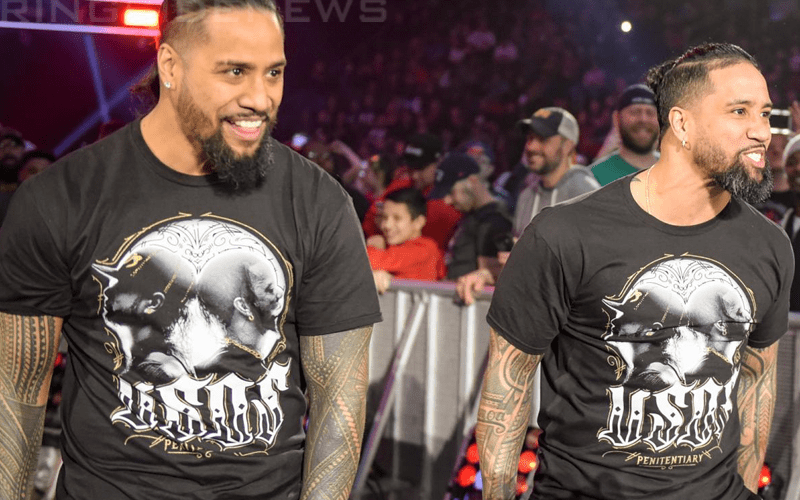 The Usos are in an interesting situation right now. Jimmy Uso was recently arrested for trying to fight a police officer after he and Naomi’s car smelled like alcohol. No DUIs were given but Uso was cuffed and had to post bond after being charged with disorderly conduct and obstruction.

One might think that WWE would punish The Usos, but no mention of that was made in WWE’s official statement on the matter. Furthermore, Bryan Alvarez commented on Wrestling Observer Live that The Usos very well could still be in line to become champions at Elimination Chamber regardless of Jimmy being arrested in Detroit.

“I think you’ll be surprised because The Usos’ contracts are coming up here in a few months and the company doesn’t want them going to AEW. So I wouldn’t be surprised if The Usos won the titles quite frankly.”

The Usos’ contracts are up in April and WWE is very concerned about losing them to All Elite Wrestling’s tag team division. So Rikishi’s twins still might beat Shane McMahon and The Miz at Elimination Chamber.

The thought of The Usos wrestling the Young Bucks, Lucha Bros, and Best Friends actually amazing to consider. WWE doesn’t want that. Therefore, Jimmy and Jey might still win the blue tag belts on Sunday.