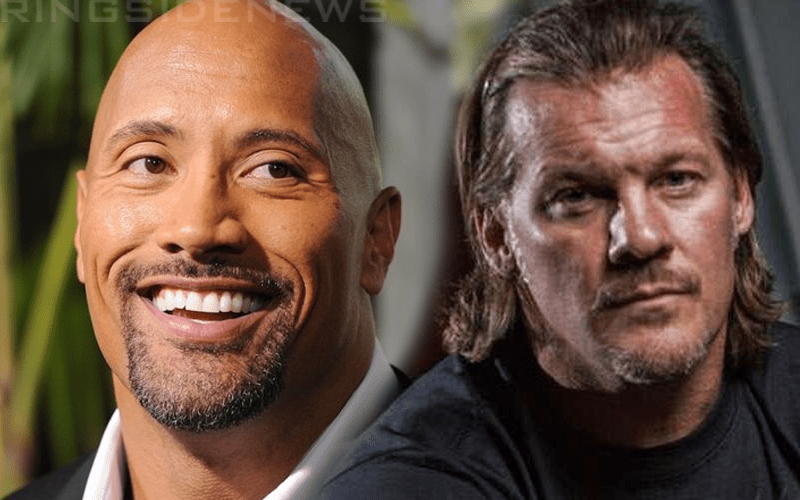 The Rock hasn’t wrestled in WWE for a long time. That doesn’t mean that he is unaware of what is going on in the business that gave him his current occupation. In a lot of ways, The Rock never left us, but he is on a different screen now. Apparently, the screen he could be watching will have AEW on it soon enough.

We documented all of The Rock’s epic cheat meals last year and if you’ll notice he wasn’t watching WWE in any of those posts.

Chris Jericho recently cut a promo about AEW’s Double Or Nothing selling out. He put himself over huge and continued his heel character which will apparently stick in All Elite Wrestling. Then The Great One Dwayne Johnson chimed in rather unexpectantly.

“God I love when you cut promos 😂👏🏾 Great shit Mongoose! Congrats on the !!”

Cody Rhodes responded to congratulate Jericho too. His response seemed much less genuine than The Rock’s though.