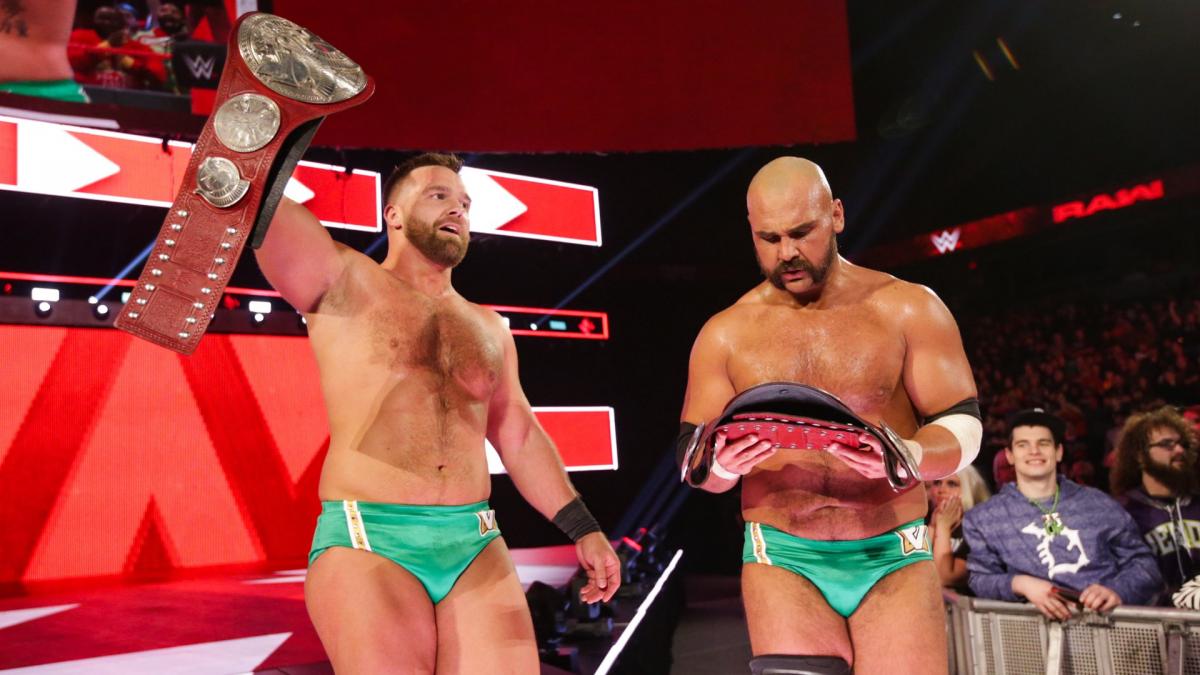 The Revival now the RAW Tag Team Champions and it took a lot of work to get there. Dash Wilder and Scott Dawson are huge fans of tag team wrestling and also hardcore students of the game. History means a lot to them, therefore it looks like new WWE Tag Team Titles could be in order for the Top Guys.

Dash Wilder commented on Twitter that fans could see a revival of the old-school WWE tag team championships as he posted a photoshopped picture of the two wearing the classic straps.

“The people have spoken @WWE. Don’t deny the Universe. Bring back the GOAT championships.”

With Daniel Bryan recently introducing a wood and hemp WWE Title you never know if WWE could bring another title alteration into the picture soon enough. Those old school titles certainly look great around Dash and Dawson’s waists.