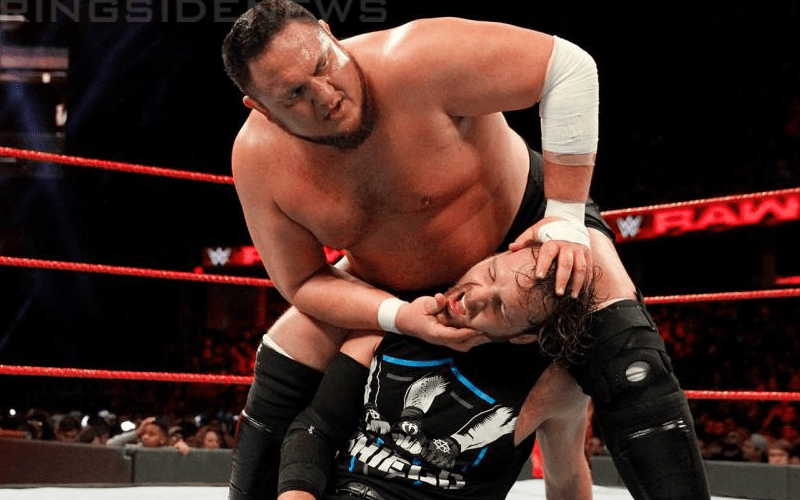 Dean Ambrose is more than likely leaving WWE after his contract is up. This means that fans only have a couple more months with Ambrose before he likely goes back to being known as Jon Moxely again.

Samoa Joe was recently asked about Dean Ambrose’s WWE exit while he spoke to the Tacoma News Tribune. During that same interview, Joe spoke about all those doubters that thought he would never make it to WWE. Then he turned his attention to The Lunatic Fringe.

“Dean’s a fantastic performer and there’s no doubt about it. Me saying that is like saying the sky is blue. As far as his departure, I think Dean’s the type of cat that he wants to do things that he’s into and if he’s not into what he’s doing at a certain time then he’ll have no problem stepping away and pursuing other things.”

“If that’s the case then cool, more power to him. I think there are so many people who are wrapped up in the needs and wants of wanting to become a WWE Superstar that they forget sometimes there other goals they want to achieve. I think Dean is a goal-oriented person and when he gets a goal in mind he’s going to try and accomplish it, more power to him. He will be missed.”

Dean Ambrose made a big impression during his time with WWE. Hopefully, he will make the right decision for his career. If anything he will be missed if he does decide not to stick with WWE.