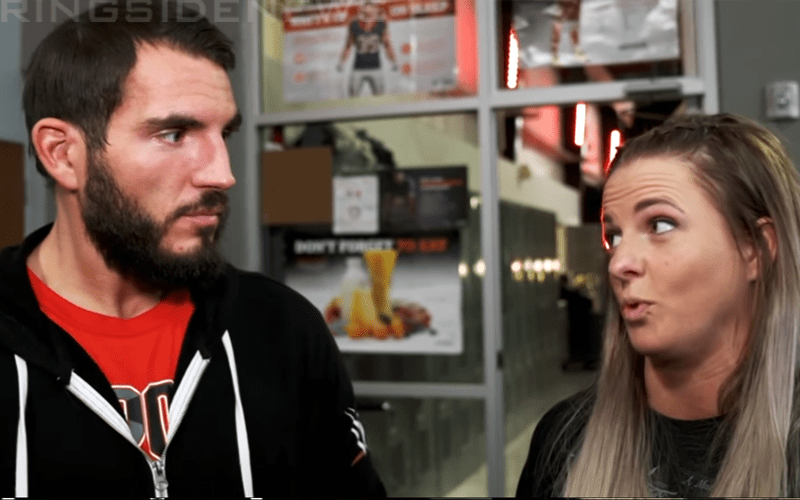 It is Valentine’s Day so the WWE Performance Center cameras caught up with some NXT Superstars to ask them about the worst dates they’ve ever been on. They asked plenty of Superstars and everyone had their own horror stories.

Chelsea Green said that two years ago she went on a date that she didn’t want to go on. She was sick and sweating and her date changed the time that he would pick her up a couple times. Chelsea didn’t appreciate that at all. However, this is also how her first date with Zack Ryder went and they are still together to this day.

Johnny Gargano and Candice LeRae are happily married, but they discussed the worst date they’ve ever been on that turned into their first fight ever. They went to Dave & Buster’s and it turned into a very unpleasant experience after Gargano got mad when he lost to Candice in a game of Pac Man Air Hockey. If LeRae thought that Johhny was bad when he lost, it was nothing compared to how he dealt with winning. Candice said he was mean about it, but Johnny still doesn’t consider his loss as “official” because it wasn’t real air hockey.

To no surprise, a couple of these worst dates ever start on a dating app. So be safe out there.

Shane Thorne also told a story that sounded pretty much like the plot of Titanic. Therefore, something tells us he lifted that one. However, there were plenty of other strange stories involving face hugs and spaghetti exploding in pockets. You can check out the whole video below.