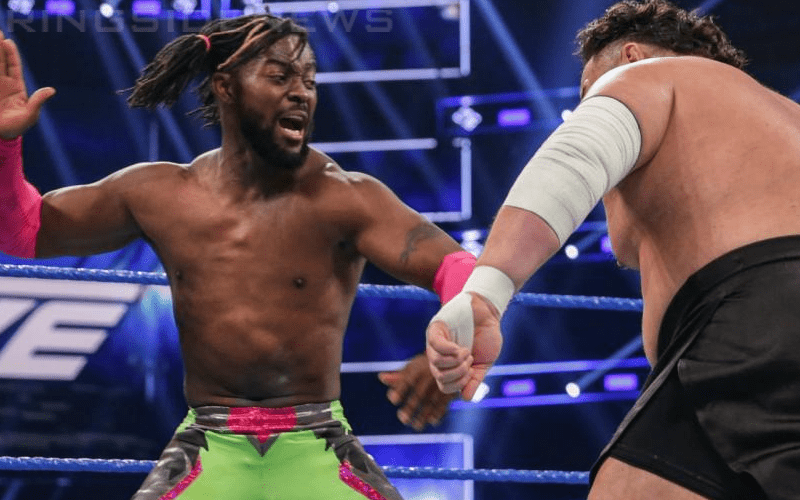 Kofi Kingston replaced Mustafa Ali because Ali suffered a concussion at a live event this past Sunday. Ali told WWE officials he could work, but they wouldn’t chance it.

Therefore, Kofi ended up getting Ali’s spot and he turned out a stellar performance in the gauntlet match that followed. After lasting over an hour, Kingston proved why he’s still in WWE after twelve years and elevated himself in the process.

We previously reported that Kingston got Ali’s booking for the gauntlet match and Wrestle Votes confirmed this. They also mentioned how incredibly over Kofi Kingston was with not only fellow WWE Superstars but WWE as well.

“Hearing that the Kofi – Gauntlet story, with him being in the ring nearly an hour was the same story that was to unfold with Mustafa Ali.

However, given circumstances, an opportunity has now opened for Kofi, and he has momentum. Both w/ fans & backstage after his performance.”

You never know what can happen in WWE, but Kofi Kingston isn’t likely to win the WWE Title this Sunday. Daniel Bryan seems destined to hold the title until at least WrestleMania.

Hopefully, Kingston will come close enough that WWE will see how much fans are ready to see him break out and it will happen eventually. If anything, Kofi seems to have people on his side backstage too.