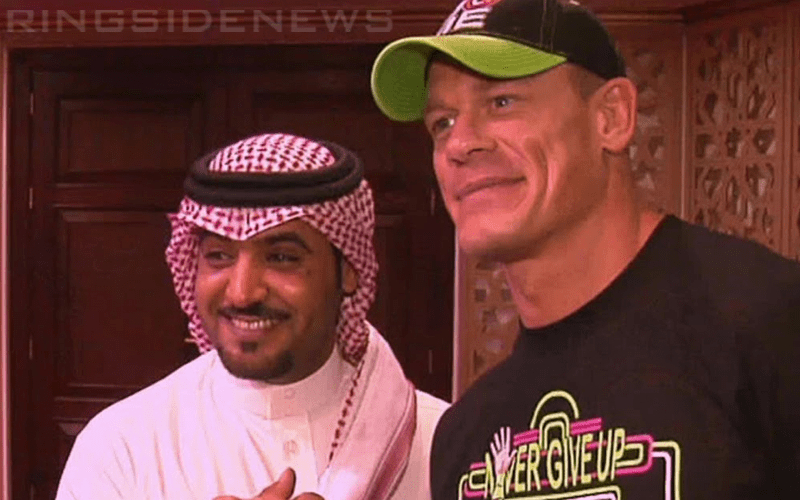 WWE has a ten-year deal with Saudi Arabia. It has garnered a lot of attention and plenty of people have weighed in. It’s not every day when WWE does something that gets lambasted for political reasons.

Matt Koon introduced a segment on his new show Total Engagement where he asked an anonymous WWE Superstar a question. They then had an open forum to speak without being identified as Matt read their response. When asked how WWE Superstars feel about the Saudi Arabia deal he received a very interesting response.

“Generally the Saudi show hasn’t been looked at as a massive deal. Just another show to most of the boys.”

Living in the WWE bubble might not afford some the opportunity to research the political backlash. Then again, it is their job to wrestle and their employer booked them in a foreign country for work. There are many ways you can look at it, but apparently, it’s not the biggest deal backstage in WWE to hope a flight to KSA twice a year.