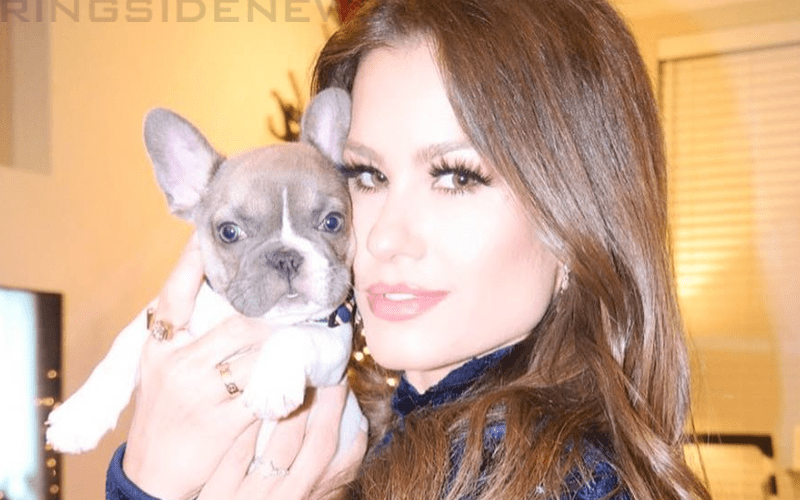 Brooke Adams might be classified as a former pro wrestler, but she will always have a place in the memories of fans as a three-time TNA Knockouts Champion. Now Adams is in a rather tricky situation after she and her emotional support dog Waffles were evicted from their home.

According to WBALTV, Adams and her fiance Weston Wayne Piper were renting a Houston home in February 2017 and they even paid a pet deposit fee for a dog they had named Noodles.

In December 2017, the couple got another dog as an emotional support animal for Adams. They named this new dog Waffles. Giving dogs food names must be their thing, but that had nothing to do with the eviction. Instead, the landlord just didn’t want another dog around.

Brooke Adams posted a picture of Waffles on Instagram to explain what he was for and her landlord saw this post. Then they took action and demanded another pet deposit fee which Adams claimed they were willing to do. Suddenly, her landlord changed their mind and wouldn’t accept the money.

Instead, Adams, her fiance, and their two dogs were evicted from their home and they left on New Year’s Eve. About a month later, they received a letter from their former landlord demanding $14,000 for attorney fees, lost rent, and other charges that dealt with the couple leaving the home.

Adams and Piper are suing their former landlords too and that case was moved to federal court in November 2018.

Under federal landlords are required to provide reasonable accommodations to people with service and assistance animals. We will keep you updated on any future events regarding this frustrating situation.