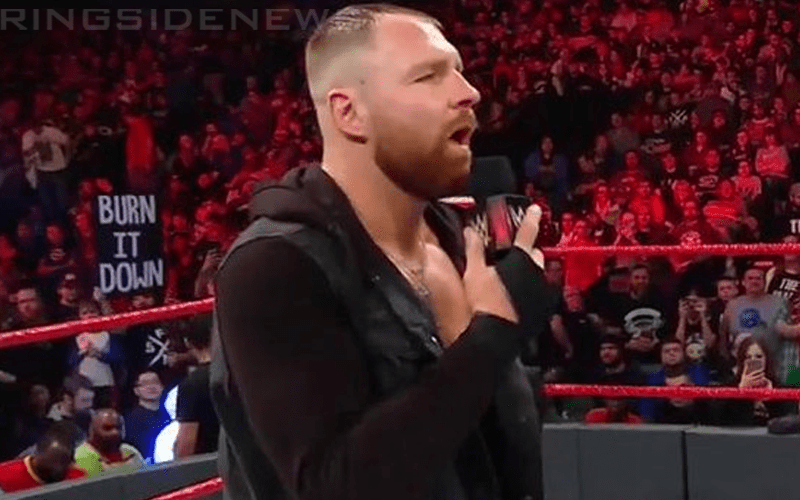 WWE’s promo writing is one of the biggest reasons why Dean Ambrose is leaving WWE. He doesn’t like “hokey” promos at all. Therefore, Ambrose decided to change up the script on RAW this week.

Dave Meltzer noted on Wrestling Observer Radio that WWE had originally scripted a much longer promo for Dean Ambrose than just saying, “Slay the beast” before rolling out of the ring.

“You know it was one of those about it was the deal of whatever, we started together and blah blah the whole Shield thing and Roman Reigns and all that which makes all the sense in the world considering the turn and everything. I just gotta say that Dean Ambrose turn, in hindsight, the heel turn it sure was a flop, wasn’t it?”

Dean Ambrose is a very interesting character both in the ring and behind the scenes. We will have to wait and see how WWE uses this new babyface Dean Ambrose from this point on, but unless he changes his mind about re-signing with WWE they are not going to have much time left with him.