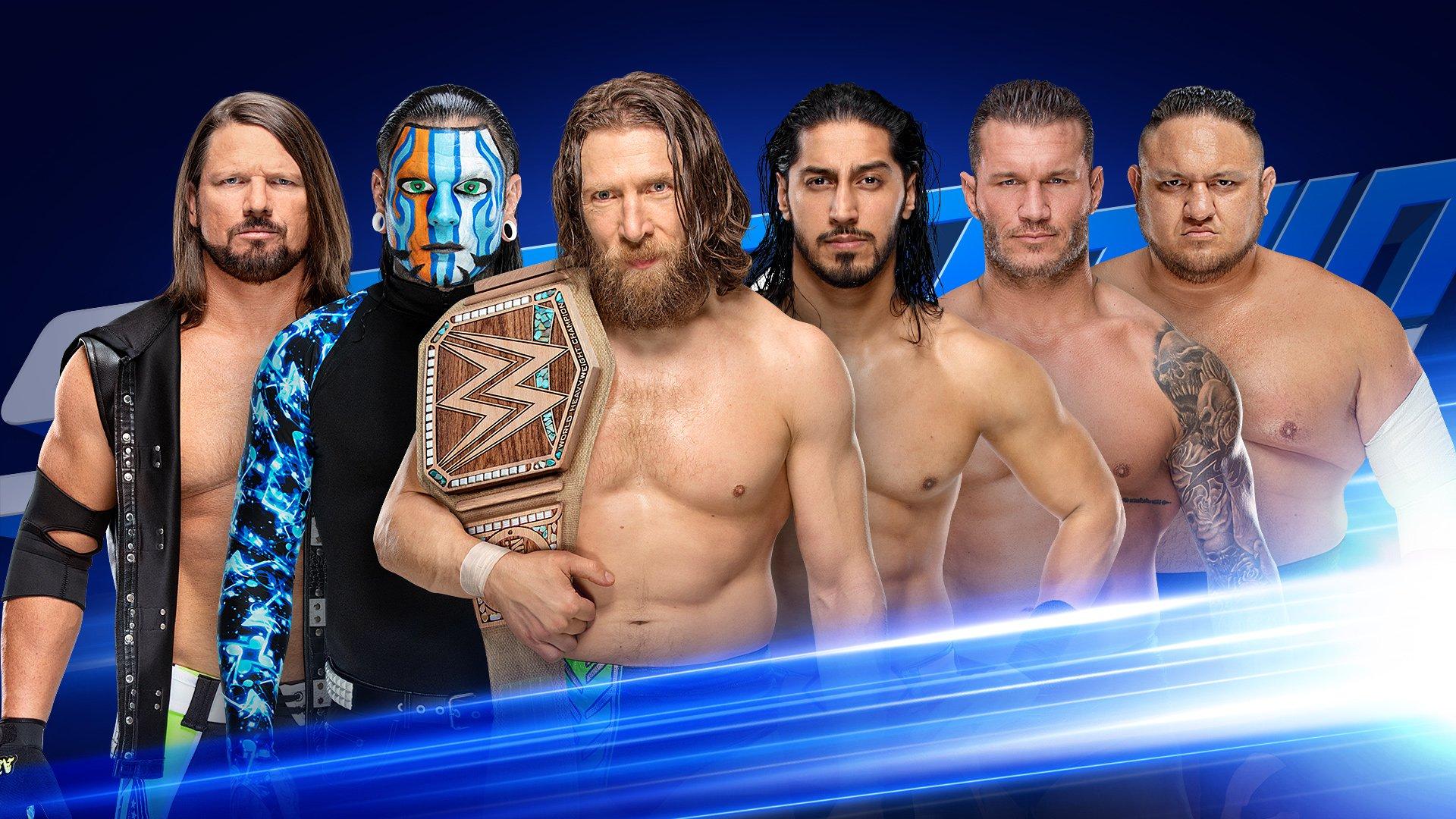 Bryan remained on the offensive for most of the beginning. He worked at Kofi to slow him down as he transitioned from striking to submissions and back again.

Bryan got Kofi in a bow and arrow submission that was just about perfect as he transitioned it into a pin for a two count.

Kofi fired back with some shots and a quick two count. Then he skinned the cat when Bryan tried to throw him over the top rope. Bryan took a spill over the ropes instead and Kofi nailed him with a nice dive.

When we returned from commercial Daniel Bryan had regained control after sending Kingston into the steel ring steps. Bryan fired away with some stiff kicks and drove his knee through the back of Kofi’s neck off of a second turnbuckle dive.

Kofi came back and hit a Boom Drop and a somersault senton for a two count. Then Daniel kicked out after a crossbody block from Kofi.

Bryan sent Kofi’s face into the middle turnbuckle and sat him on the top rope. He hung Kingston in a tree of woe and kicked away at him before nailing a basement dropkick to the face for another two count.

Then Kingston turned a superplex into a crossbody and both went crashing to the mat. These two had already gone 17 minutes at this point.

Bryan turned a springboard clothesline into an armbar, but Kofi fought to let Bryan get a full lock on it. They traded chops and headbutts until Bryan got Kofi on his knees so he nailed some Yes Kicks. 1-2-.

Bryan got on the LeBell Lock, but Kofi got under the ropes. Then Daniel prepared himself on the apron and nailed a running knee to Kofi. He rolled Kingston in and climbed to the top rope.

Daniel went for another diving headbutt, but Kofi nailed him with a dropkick. This match is elevating Kofi Kingston something fierce. Suddenly, Rowan took out Kingston which resulted in Woods and Big E fighting off Rowan. Then the referee tossed The New Day from ringside, but Rowan got to stay for some reason.

Bryan unleashed some kicks in the corner, but Kofi came abck with a kick. Suddenly, Rowan pulled Kofi out of the ring and tossed him over the timekeeper’s area. Finally, the referee ejected Rowan.

Bryan then went out to get Kofi and he went for a running knee, but Kofi nailed a Trouble In Paradise and got the win over the WWE Champion.

They wrestled for a bit and Hardy went for a bomb only to have Kofi move. Hardy continue the offense and hit an inverted atomic drop, but Kofi turned it into a pin and almost won.

It certainly looks like they’re doing a lot to elevate Kofi in this match. Kofi climbed up and fought off Jeff. Then Kingston hit another crossbody, but Hardy turned it into a pin for another two count.

Then Kingston hit an SOS to win against Hardy.

Surprisingly, this match didn’t end immediately. Kofi was doing good until Joe nailed a kick to the face for a two count.

Kofi hit a dive on Joe to the outside and they barely made it in. Then Joe hit a killer clothesline and kicked out at 1 when Joe covered him. The announce team was putting Kingston over huge at this point.

This makes you wonder if Mustafa Ali would have gotten this huge rub had he not been taken out of the match. Kofi went for a springboard move, but Joe shoved him to send Kingston crashing to the floor.

Joe let Kofi get back in the ring as he relaxes a little bit.

Then Joe started to “twist the skull off of Kofi’s head — neck,” as Corey Graves said.

Suddenly, Kofi rolled up Joe and beat him.

Joe didn’t take the loss well so he destroyed Kingston afterward. Then he locked on a Coquina Clutch on the outside of the ring. Officials had to run down and pry him off.

Styles went right for Joe and punched him a few time to send Joe packing. However, Kofi was already sleeping.

AJ asked Kofi if he wanted to do this. Kingston fired up and got in Styles’ face. Then he screamed, “I’ve been doing this too long!” and he shoved AJ. Then Styles commenced with the beating.

Kofi fought back and they traded some pinning attempts. The announce team touted that Kofi had been in the match for 56 minutes. This was an iron man match for Kingston and he was winning.

They fought on the apron and AJ was selling well to match how tired Kofi legit was. Then Kingston finally went for a running knee and AJ moved. Kingston went slamming into the post and went toppling to the floor.

They returned to the ring and battled on the top rope. Kofi sent AJ down to the mat and hit a splash on AJ’s back for a two count.

Kingston went for an SOS and suddenly, AJ locked on the Calf Crusher and Kofi had no choice but to tap out.

After the match, The New Day ran down to help him out and he received a standing ovation. Then it was time for Randy Orton.

It was already 9:59 so Randy hit an RKO outa nowhere and won. Seriously it was that fast.

Then the show ended that quickly. 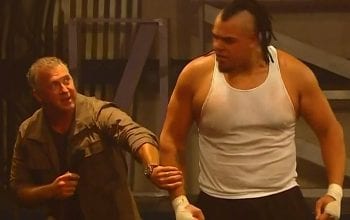