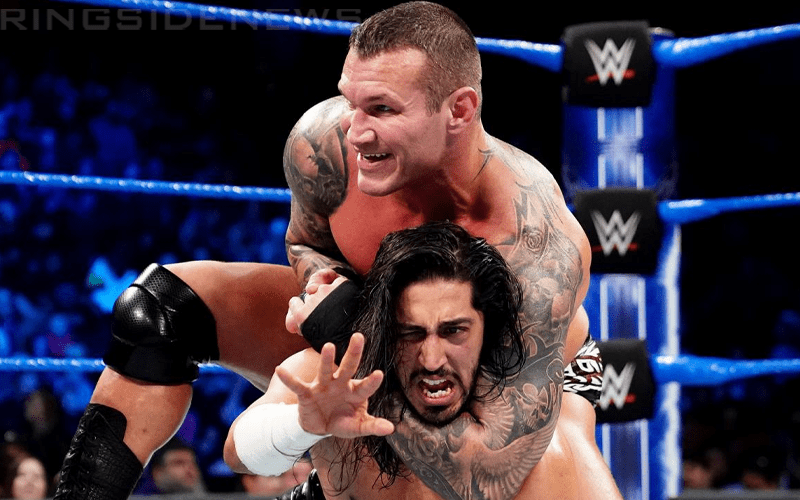 WWE had to figure out a replacement for Mustafa Ali when he suffered a concussion. Kofi Kingston was put in his place and then he received a huge push as he lasted nearly an hour before finally being taken out by AJ Styles.

There wasn’t much time for celebration for AJ because Randy Orton came in to take Styles out with an RKO and win the gauntlet match. This means that Orton now has the sixth entry position in the Elimination Chamber match.

It was initially reported that Randy Orton would get the blame for Mustafa Ali’s injury in the storyline. WWE must have changed their minds on this decision because no mention was made of this on SmackDown Live tonight.

Instead, Orton won the gauntlet match as mentioned above.

Ali’s injury was not Randy Orton’s fault. The former 205 Live actually sustained his concussion during a tag team match against Samoa Joe and Shelton Benjamin on Sunday night. If the plan was for WWE to blame Ali’s injury on Orton then plans must have changed once again like they are prone to do in WWE.