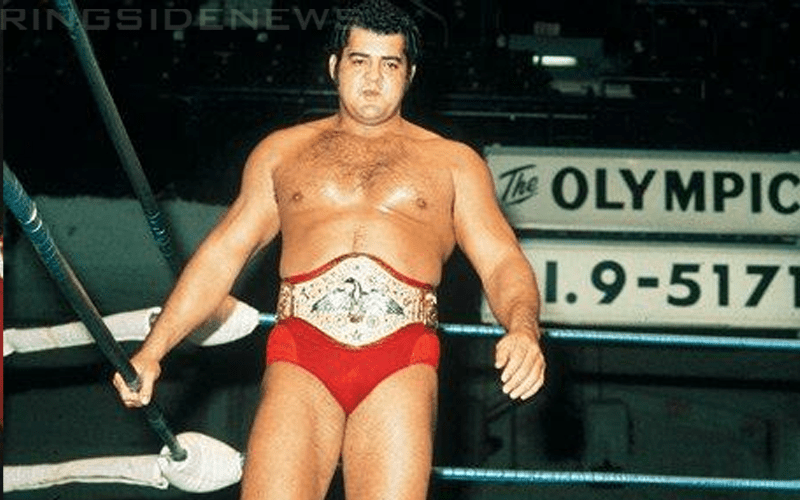 We are deeply saddened to learn of the passing of WWE Hall Of Famer Pedro Morales. He was 76-years-old and dealt with many health issues in recent years including Parkinson’s disease.

Morales, who was a former WWF World Heavyweight Champion also captured Tag Team gold. After he won the Intercontinental Championship during his time with the company it made him the first-ever Triple Crown Winner in the history of WWF.

We have included some videos from Morales’ incredible career below. He is gone, but he will not be forgotten. Our best wishes goes out to all of those who are affected by this tragic passing.