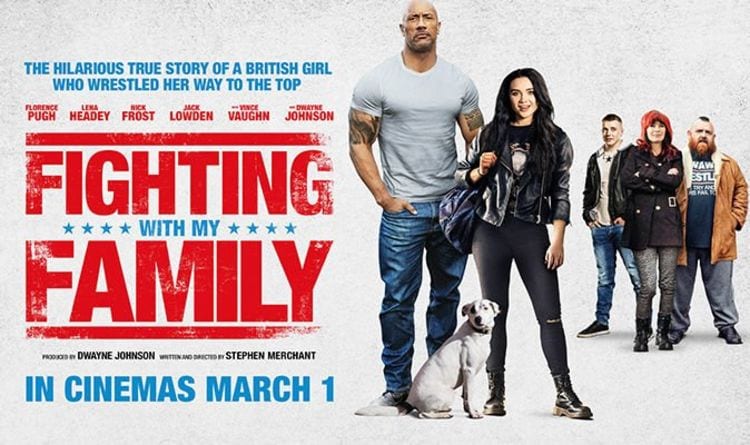 This comedy takes people through the real-life story of WWE superstar Paige.

The most surprising thing about this wrestling movie is that it will make you cry. Why? Because it comes flying off with both comedy and emotion which takes you on the lows and highs.

The new movie directed by Steven Merchant is based on a documentary about a wrestling-mad family which recalls the real-life story of WWE champion Paige- Saraya –Jade Bevis who was born on 17th August 1992. Paige is now a retired professional wrestler.

Paige was born in Norwich, England. Already popular in the UK, Paige was spotted by WWE, and she was signed, and her US stardom began. Unfortunately, her more grapple-mad brother was left behind.
The film opens with Paige and her brother Zak Zodiac building a community around a love for wrestling. However, Zak is in danger when Paige goes to the US to join The Rock and friends in the big leagues of World Wrestling Entertainment.

Fighting With My Family premiers at the Sundance Film Festival in the US on February 14, the UK on March 1 and Australia on March 21.
It is co-produced by The Rock, Dwayne Johnson as well as the WWE’s filmmaking arm.

The film is like The Wrestler meets The Full Monty. However, it is a heartfelt comedy that involves family, the community, escape and redemption. It can be compared to The Fighter meets Skins, in Norwich.

Florence Pugh has an entirely different look from the epic, Outlaw King. She is Paige in this movie. While at it, Nick Frost is Paige’s dad as he comes in with a lovable and witty personality. Game of Thrones star Lena Headey is Paige’s mother, a former wrestler. Both parents struggle between pushing their children and pushing them too far.

Jack Lowden is Paige’s brother. In Fighting With My Family, he brings in a masculine intensity but is a disappointed young fighter.
The director, Steven Merchant, has adopted a style where he finds epic emotion in family life. The film brings to light the superstar’s glitz and glamour of WWE as well as family life.

Not only does the movie highlight the bittersweet ups and downs of this family, but it also shows the importance of sporting activities to the communities. The idea here is to show the importance of building something right home not just escape.

Instead of kids who see no future for themselves getting into drugs and violence, this movie gives them hope. They can indulge in sports which could be their way out of the vices.

Some of the working class obsessions like wrestling- Motorhead and Iron Maiden rock the soundtrack and they improve life where they are as they build the community through purpose.

For the hardcore WWE fans, this movie is perfect as it highlights Paige’s journey to become prominent in the US wrestling arena. It further shows how she competes with models and cheerleaders who are not in the ring because of their skills, while Vince Vaughan acts as a jaded coach.
For dramatic purposes, Saraya is continually wrestling with doubt which brings out the real Paige’s personality and drives.

The movie skips over Paige’s time in the US which brings the climax. Usually, for any sports movie, the real victory isn’t the title or belt in the contest. It is when people overcome their fears and flaws which allow them to win.

This story is not about winning a belt but rather, a family fighting the odds.

Even in the real wrestling world, people need to know how to balance everything even their finances as they may find themselves in debt. Debt means a poor credit score. However, your credit score may be caused by an error and credit companies can help with that. You can learn more here to straighten things up.

Aside from the finances, the climax takes a twitch of Wrestlemania. Even so, it still doesn’t put off people as they get some WWE Raw action.
If anything, the Rock is in Fighting With My Family! It brings back memories of Paige when she debuted in WWE in 2014.

What stands out is that even if the wrestling is not real, the film sparks up some real emotions. You don’t have to be a wrestling fan to be won over by the movie.

A notable achievement when Paige debuted WWE in 2014, she won the Divas Championship which made her the youngest champion in the title’s history. Paige was 21 by then.

fThe movie is one to look out for. Comedy plus action is a great combination. Be prepared to be won over.